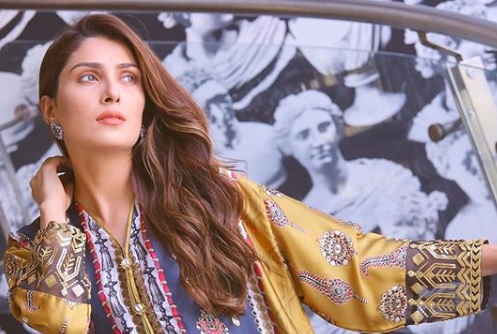 Kinza Khan, better known by her stage name Ayeza Khan, is a Pakistani television actress and model who has won the hearts of people by her tremendous talent and admirable looks in daily routine. Ayeza Khan has achieved a ‘digital milestone’ of having 10 million followers on Instagram and became the most followed Pakistani celebrity.

Currently she is doing the entertaining  role of Geeti in the drama ‘Lapatta’. Her off-screen roles include duties as a brand ambassador for several products. Ayza Khan married actor Danish Taimoor in 2014. Furthermore, Aiman khan is the second most followed celebrity on Instagram with 9 million followers while Mahira khan and Sajal Aly have 7.9 and 7.2 million followers respectively ranked in the list of top five most followed celebrities.