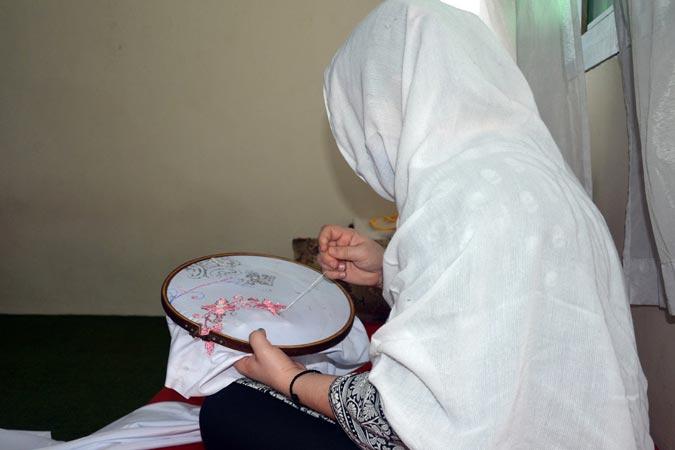 Shagufta (name changed to hide identity) from Mingora, the capital of Swat, has been addicted to ice for a year and a half. Due to the unavailability of drugs, she would go insane and even tried to commit suicide several times. Now she is returning to normal life. Just as the world is moving towards innovation, drugs are also taking on new forms. In the present age, ice addiction is rapidly gaining popularity among the youth. According to an estimate, the trend of this drug is very high in universities and colleges in Khyber Pakhtunkhwa.

Twenty-two-year-old Shagufta from Swat also fell victim to the drug. She says that her ice addiction had alienated her from the world because of bad company and bad friends. Speaking to Daily Times, Shagufta said she had a friend, who used various drugs, marijuana, heroin, and ice,

“She became friends with me, she would come to me and ask me to use ice, many times, I forbade it but once did I get into his words and start this addiction” she added

According to Shagufta, she was so addicted to ice that for almost a year and a half, she was completely addicted to it. But it was difficult to get rid of drugs.

Shagufta says that when I didn’t get ice, I would go crazy, my body would start aching and I would try to commit suicide several times. For the past two months, Shagufta has been undergoing treatment at the Nawey Jwand Rehab Center. Nawey Jwand means new life. Shagufta is now returning to a new life and her condition has improved considerably.

Shagufta said that she is being well taken care of and being treated in a better way at the Nawey Jwand Rehab Center.

“I offer my five daily prayers here, recite the Holy Quran and play badminton,” she said adding that I have even learned to sew and embroider here.

Ice addiction is on the rise in Khyber Pakhtunkhwa, including Swat district, with addicts between the ages of 19 and 40, according to a report by the United Nations Office on Drugs and Crime and Pakistan’s Ministry of Narcotics Control.

An estimated number, now it is on the rise due to ice addiction.

A NET Narcotics Eradication Team has also been set up to detect the drug, which has recovered large quantities of ice and other narcotics in various operations, but it has not been completely eradicated.

As in other parts of the country, institutions have been set up in Swat to give a new lease of life to drug addicts. Nearly 100 drug addicts, including 22-year-old Shagufta, are currently being treated at the Nawey Jwand Rehab Center in Swat.

According to Riaz Heran, chairman of Nawey Jwand Rehab Center, so far they have been treated more than 900 people and rescued them from drug addiction, of which very few have relapsed and the rest are now living a good life.

“At our Rehab Center, we first, treat patients with drugs and then lead them to a new life, with psychologists taking various motivational sessions with them, giving them opportunities to play and enjoy, we are changing their thinking all the time.” He added

According to Riaz Heran, it is very difficult to get out of ice addiction. It takes more effort to rehabilitate such patients because they are completely frustrated with life but they have succeeded.

Riaz Heran further said that drug addicts are not only treated in the Rehab Center but also are taught various skills so that they can go out and lead a good and dignified life.

Due to the high prevalence of ice in Khyber Pakhtunkhwa, including Swat, the price of ice is very high. According to sources, a packet sells for Rs 4,000 to Rs 10,000 with a maximum of ten or fifteen grams. Analysts say that the eradication of ice drugs is a matter of urgency and if left unchecked, we could face serious consequences. The time is not far when the drug will reach our homes.