Iconic singers come together for Pakistan with Mader-e-Meherban

* Mader-e-Meherban's message has been given light with the voices of Abida Parveen, Sajjad Ali, Shafqat Amanat Ali, Sarang Latif among others 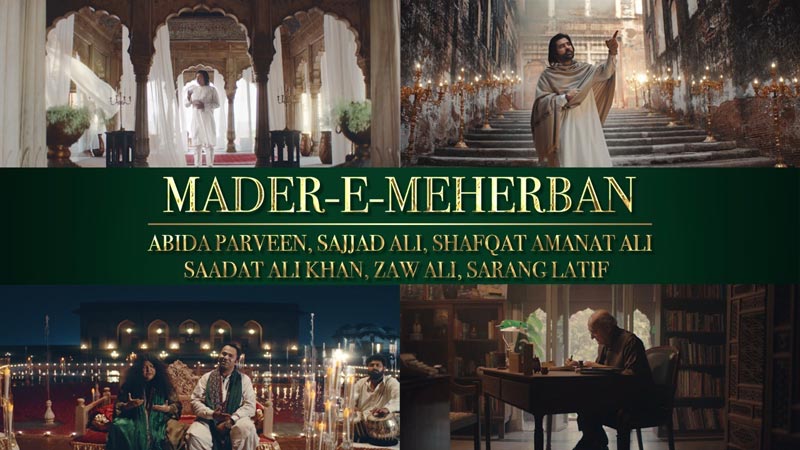 Patriotism runs in the blood of every Pakistani citizen and the burgeoning love for the nation is proof of that. Every person in the nation has been raised listening to the heartfelt stories of those who have sacrificed themselves for the mother and that has given us a hope that future generations will not forget what it took to make this country what it is.

Exploring this, a new song titled Mader-e-Meherban is delving into the idea of passing nationhood as well.

Featuring an ensemble of legendary singers and the palpable vocals of their kin and next generation, Mader-e-Meherban’s message has been given light with the voices of Abida Parveen, Sajjad Ali, Shafqat Amanat Ali, Zaw Ali, Saadat Ali Khan, and Sarang Latif.

Each of them brings in their own iconic singing repertoire along with the complementing crispness of their next generation, symbolising passing the baton of patriotism to the future of the country.

The lyrics too, represent this mighty idea and have been penned by the celebrated writer Amjad Islam Amjad who has strived to create thought-provoking moments within the song that would resonate with every citizen of the nation who knows the importance of Pakistan.

Similarly, the composition of Madar-e-Meherban, which has been done brilliantly by Sahir Ali Bagga, also adds intricacy to the mix.

The composition perfectly lends a hand to the vocals of the singers and to the lyrics, making this the perfect melody.

The video, which has been directed by Yasir Jaswal gives further meaning to the beautiful auralscape of the song. Jaswal has managed to give true meaning to the vocals and the lyrics, as the video showcases a kaleidoscope of moments showcasing the passing of pride, traditions, and the spirit of patriotism from one generation to the next.

This addition of color and flair to the song further enhances the beauty of the message, making Mader-e-Meherban one for the annals of patriotic history of the nation.

Truly understanding what it means to love Pakistan and to pass the message forward is an important passage in nation building, and it is perfectly depicted with this song.

Akin to the love that is passed on from a parent to their child, showcasing that the next generation wears this badge of loyalty on their chest with pride makes for an emotional visual that is definitely unforgettable.