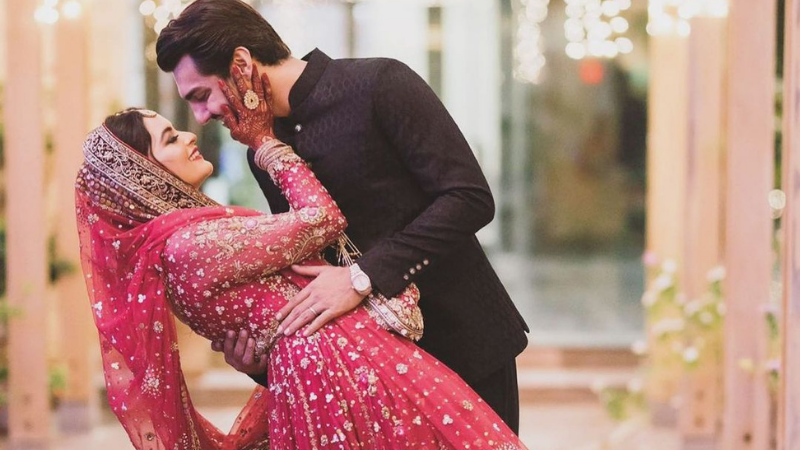 Finally the wait is over, Minal Khan and Ahsan Mohsin Ikram tied the knot on Friday in a star-studded albeit traditional nikkah ceremony. Minal Khan looked absolutely gorgeous in a traditional red bridal attire. She also covered her face with a see-through veil while she was being taken to the stage by her family members.

Meanwhile, the groom Ahsan Mohsin Ikram gave the entry in the venue along with his family in a happiest fun mood, he wore black sherwani from Ismail Farid for his big day. The photographer Maha Wajahat Khan covered the whole event, and posted pictures on her page from the event. The pictures and videos from the event got viral on social media and as everyone on social media congratulated the couple and wishing them for the future. 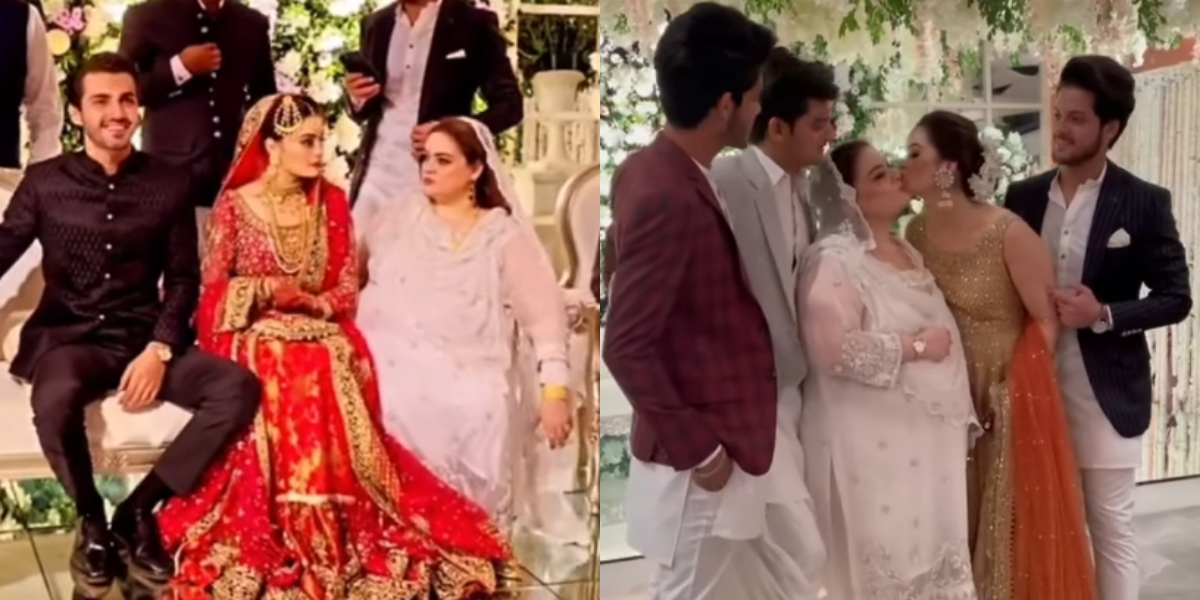 On the other hand, the bride’s twin sister Aiman Khan, who also seemed to be the first to arrive at the venue with husband Muneeb Butt, looked like a doll in a nude-coloured jora contrast with orange dupatta with heavy embellishments, the stunning makeup and jewellery completed her perfect look for the day. A video of the ceremony circulating on social media shows sister Aiman broke down in tears as Minal signed her nikah papers. 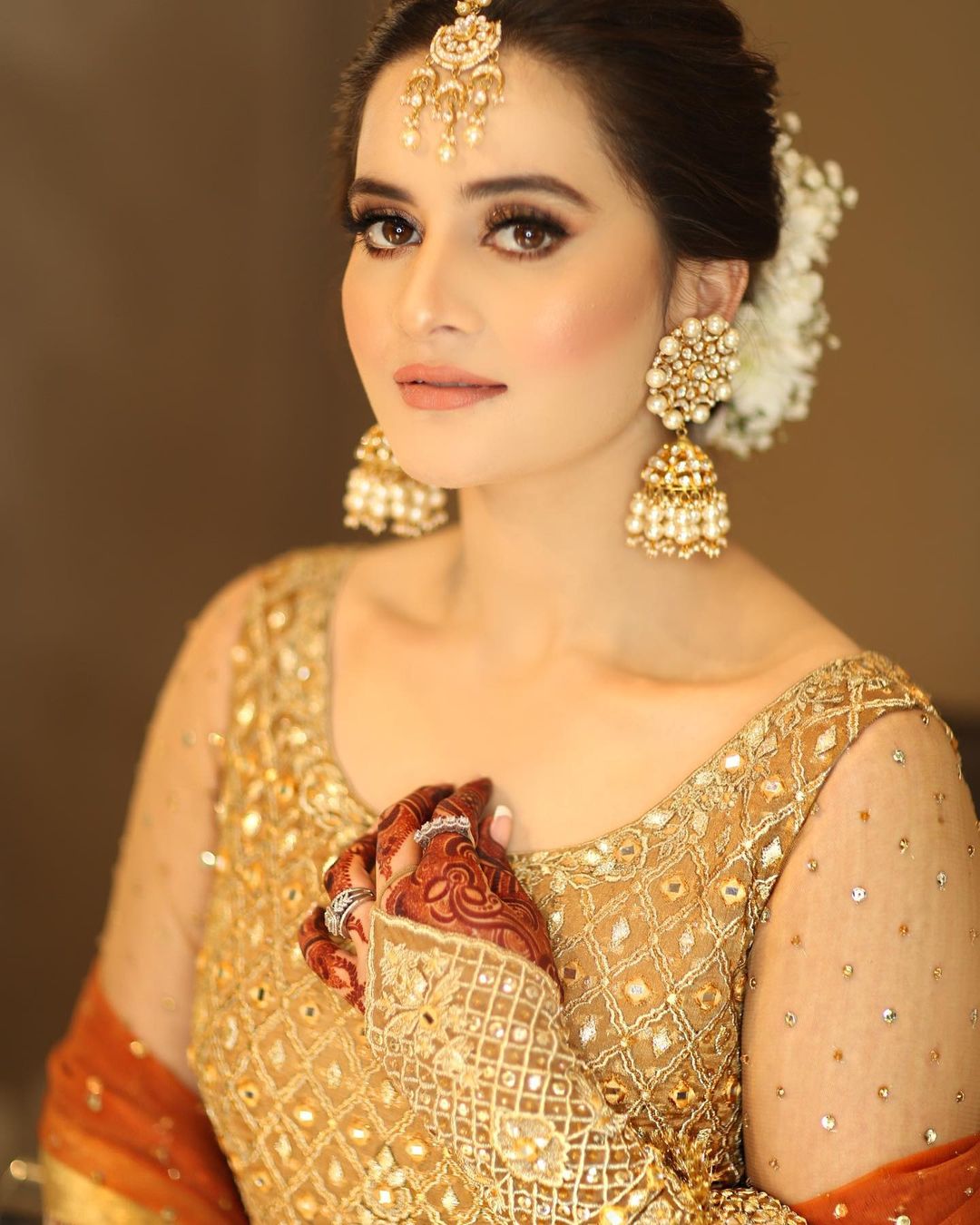 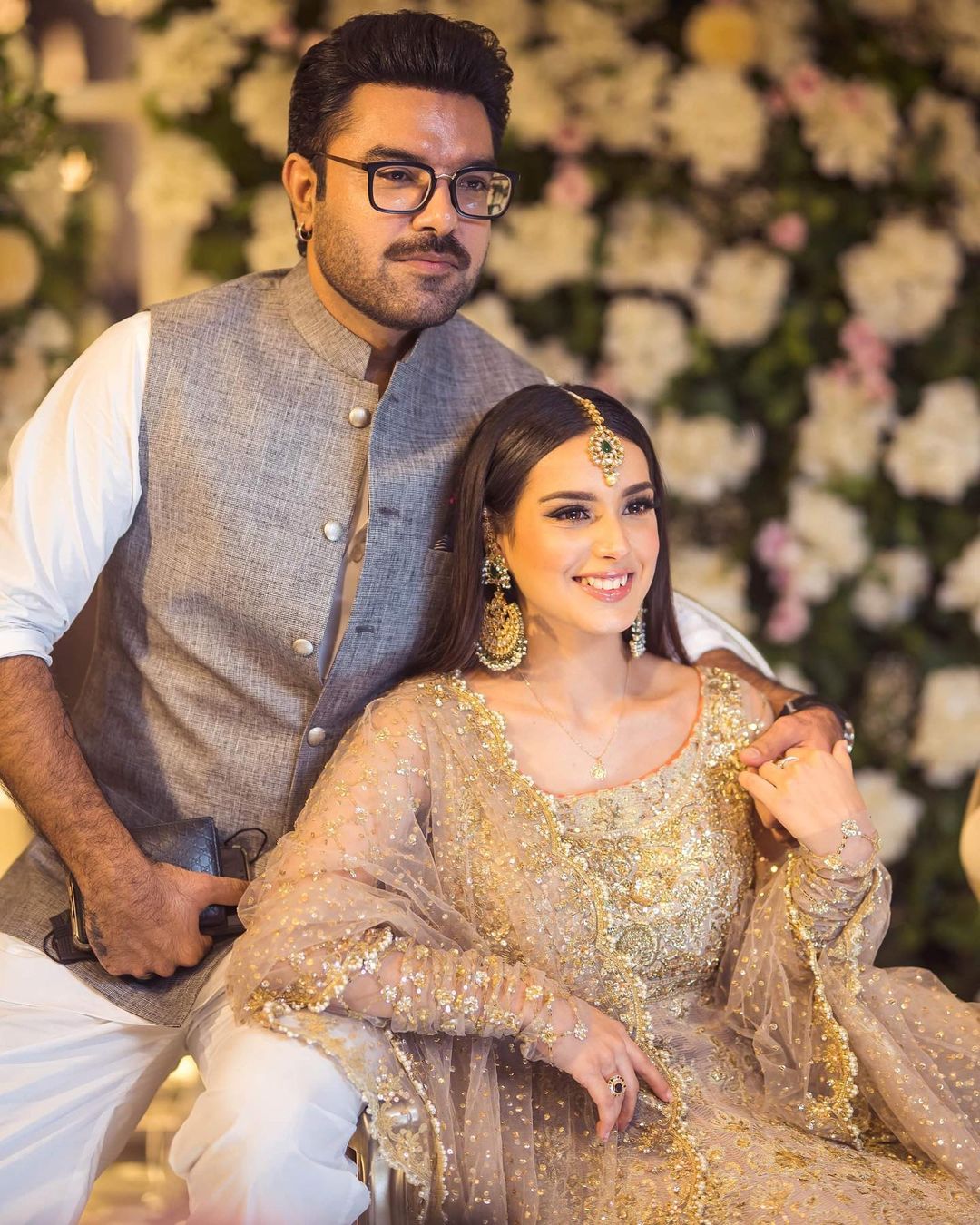 Recently engaged couple Saboor Aly and Ali Ansari also made for an adorable couple at the wedding, with fans rooting for them to tie the knot next! Soon after, the nikah Minal changed her name on Instagram from Minal Khan to Minal Ahsan. 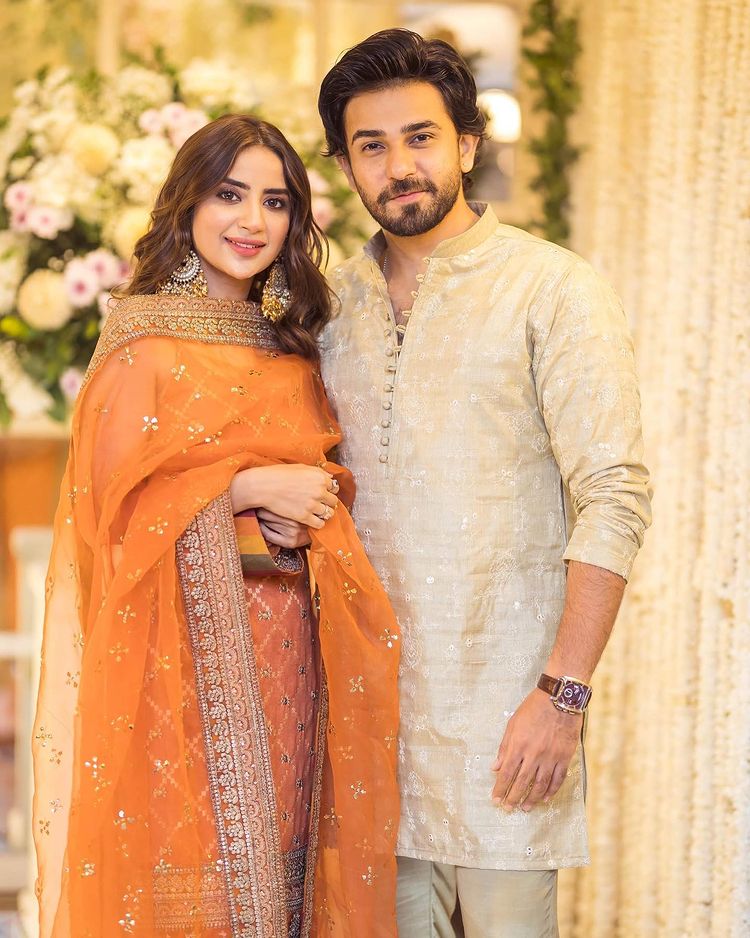