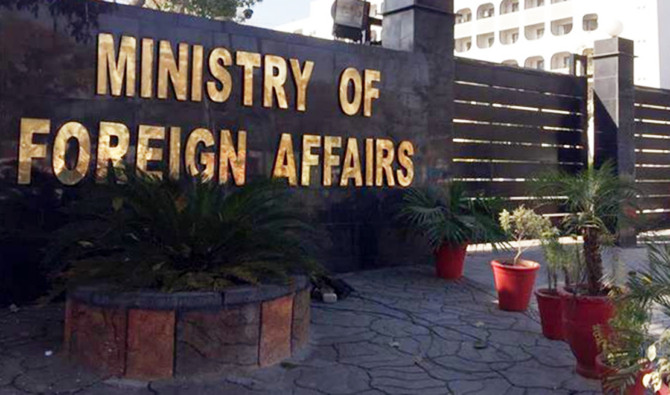 ISLAMABAD: Foreign Ministers of six countries agreed that after the withdrawal of foreign troops from Afghanistan, the people of Afghanistan now have to determine their own future, which should allow in practice to realize “Afghan-led, Afghan-owned” process for national peace and reconciliation.

They expressed these views in a joint statement issued at the conclusion of the Foreign Ministers’ Meeting on the Afghan Issue Among the Neighbouring Countries of Afghanistan – 8 September 2021 at the initiative of the Government of Pakistan.

The Foreign Ministers of Pakistan, China, Iran, Tajikistan, Turkmenistan and Uzbekistan held the Foreign Ministers’ Meeting on the Afghan Issue Among the Neighbouring Countries of Afghanistan via video link. Following the talks, held in an atmosphere of mutual understanding and constructive approach, the countries recognised that the changes undergone in Afghanistan prove yet again that there was no military solution to this issue.

They emphasized the importance of an inclusive political structure in Afghanistan with participation of all ethnic groups.

They stressed on the importance of working together to address common challenges, strengthening cooperation and friendly relations in the neighbourhood, and promoting peace, security, stability, regional connectivity, people-to-people linkages, economic integration, trade and investment for the benefit of the whole region.

They expressed support for the sovereignty, independence and territorial integrity of Afghanistan, and non-interference in its internal affairs, and noted that the future of Afghanistan should be determined by its people, in accordance with the provisions of the UN Charter.

The ministers expressed solidarity with the people of Afghanistan and reiterated the support of the neighbouring countries to help bring peace, security, national reconciliation, stability, and development to Afghanistan.

They stressed the necessity of forming an open, inclusive governmental structure; which practices moderate and sound internal and external policies; adopt friendly policies towards neighbours of Afghanistan; achieve the shared goals of durable peace, security, safety, and long-term prosperity; and respect the fundamental human rights including those of ethnic groups, women and children.

They cautioned against the possibility of incitement and role of spoilers, both inside and outside the country, to derail efforts towards an all inclusive political settlement in Afghanistan.

They affirmed the importance of sustained international engagement on Afghanistan, especially in supporting its humanitarian and development needs. They condemned the cowardly and gruesome terrorist attacks on Kabul airport and other places of ethnic and religious groups. They emphasized that Afghanistan’s territory should not be allowed to pose a threat to other countries.

The ministers reiterated that terrorist organizations, such as ISIS, Al-Qaeda, ETIM, TTP, BLA, Jondollah and others should not be allowed to maintain a foothold on Afghanistan’s territory.

They expressed readiness to keep ports open for Afghanistan and ensure the smooth cross border flow of goods to facilitate Afghanistan’s access to external support, in particular the transport of humanitarian supplies, as well as to help Afghanistan strengthen economic and trade connectivity with the regional countries. They committed to continue providing medical supplies as well as technical and other assistance to the people of Afghanistan’s efforts to fight COVID-19.

They called for allowing unhindered access and protection to United Nations entities and other international humanitarian organizations to provide necessary aid and assistance to the people in need in Afghanistan.

They urged the international community to provide adequate, predictable, regular and sustainable financial support in line with the principle of international responsibility and burden sharing for the Afghan refugees including for their timely and well resourced repatriation.

They noted the fundamental importance of major international energy, transport, communications, infrastructure and other projects implemented by neighbouring countries for socio-economic development of Afghanistan, its active integration into the world economy, ensuring the well-being of the people of Afghanistan, and called on international organizations and financial institutions to provide the necessary support for their practical implementation.

They agreed to remain seized of the developments in Afghanistan and coordinate with each other for a holistic, comprehensive and harmonized response. They agreed to continue meetings of Foreign Ministers of countries neighbouring Afghanistan on a rotating basis, holding their next meeting in Tehran, and to set up a mechanism of regular consultations of Special Envoys (Special Representatives) for Afghanistan affairs, as well as the regular meetings of representatives of embassies in Kabul to discuss and coordinate their joint efforts.