* A smart man with a smile always on his face, Bacha presented heart-touching poetry in his songs with beautiful melodious tunes 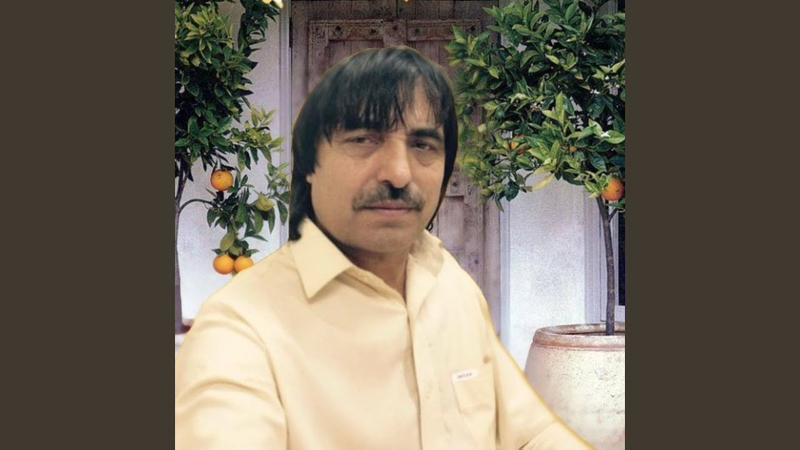 The sudden death of renowned Pashto singer Kifayat Shah Bacha has stunned his family members who were still in the grip of deep shock and grief on the fourth day of his demise, his friends and fans were also mourning over the demise depicting it a great loss for Pashto music lovers and culture.

Kifayat Shah Bacha, residing in Zaida village of Swabi, with his unique hairstyle and diverse voice quality was among top of the line Pashto singers having a lot of fans.

A smart man with a smile always on his face, Bacha presented heart touching poetry in his songs with beautiful melodious tunes. Above all the slain singer was also a good player of Sitar through which he used to enthral his audience even before the start of the song.

Slain Kifayat Shah Bacha the president of Swabi Association of Musicians was famous for his unmatched style of singing, but his family feuds did not allow him to lead a peaceful life. He remained in jail for a long term and after release, he was again arrested on murder charges last year.

The slain singer had not received any proper music training and once he said all senior musicians were his teachers but he would love to listen and learn from Khyal Muhammad and Nashanas – the Pashto music legends. He had adored the poetry of Malang Jan Baba and Ahmad Din Talib and used to say that their poetry was “matchless”. Bacha had also performed in Kuwait, Qatar, Bahrain, Dubai and the United Kingdom on invitation of Pakistanis living there. In one of his interviews, the slain Pashto folk singer had said that no one in his family was associated with music but his father would love to play sitar but within the walls of hujra.

He said his music was also limited to his hujra and friends but when he gained so much popularity among his listeners it became difficult for him to keep his voice limited only to friends. He said his family wanted him to abandon the music, but due to his love with music and wide raging popularity, he was not able to do so. The music, he said, kept him stress free and he enjoyed the moments of his performance. “Even if I want, I would not be able to bid adieu to Pashto music,” Bacha had said in his interview. “Music is my soul. Music is the sound of love and peace.” He had said that music is a profession like engineering and medical, thus, there should be proper institutions where music lovers could be trained. Bacha had stressed that our children should learn the Pashto language and it should be made part of their school curriculum. The slain artist had lamented that he was unfortunate that he couldn’t get proper education. The death of an exceptional Pashto singer had left his family members, friends and fans in deep grief and a mourning-like atmosphere prevailed in village Zaida where people still talk about his life, style and skills.

One of his fans from Swabi named Salman said “When I heard about Bacha Gee’s death, it was the most tragic moment of my life. “I attended his funeral and cried in loneliness in my room” he said adding “my mother came into the room and consoled me with sobbing eyes”. He said “I will never forget Kifayat Bach as he was my brainwave’. “I have lost interest in Pashto music after Kifayat Bacha’s death, ” Salman said with sorrow. Kifayat Shah Bacha was shot dead by his rivals when he went to the village ‘Masjid’ to offer Friday prayer. The assailants opened indiscriminate firing on him, killing him on the spot. Having rivalry in the village the slain artist once said he was fed up with blood feuds on petty issues. “We should spread awareness in the society to stop fighting on petty issues, especially disputes on small pieces of land,” Bacha had urged. However, one such petty and long standing dispute finally took his precious life.