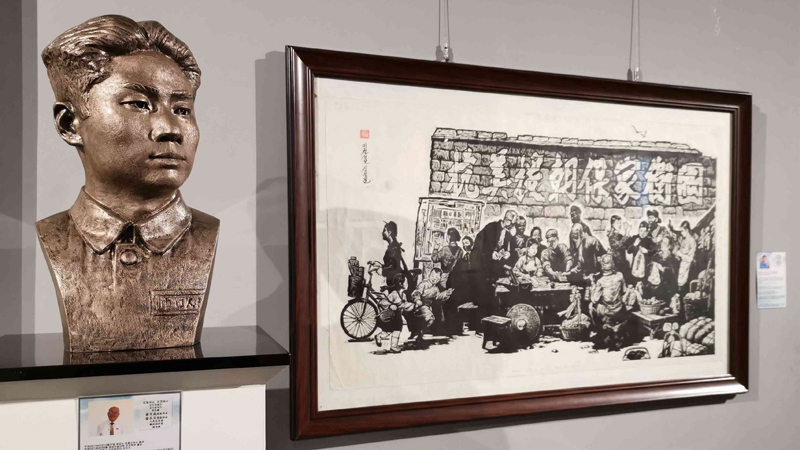 To celebrate the 70th anniversary of the establishment of diplomatic relations between Pakistan and China, a photography and art exhibition of Pakistani and Chinese photographers and painters was held in Beijing.

The exhibition was jointly organized by Embassy of Pakistan and Home and Abroad Press at Huabei Guowen International Gallery.

Addressing at the opening ceremony, Pakistan Ambassador to China, Moin ul Haque appreciated the innovative style and rich imagination of the artists to demonstrate cultural diversity, history and social norms and mores of two countries.

He also highlighted the affinity between the culture and artistic style of two countries and its role in solidifying bilateral relations between Pakistan and China.

Ambassador Haque informed that Pakistan and China had so far organised more than 70 events of different nature, mostly in culture, which were helping to bring the people of two countries together.

The very special friendship between the two countries had been transformed into an iron brotherhood and all weather strategic partnership and friendship which had grown stronger and stronger year by year, he added. 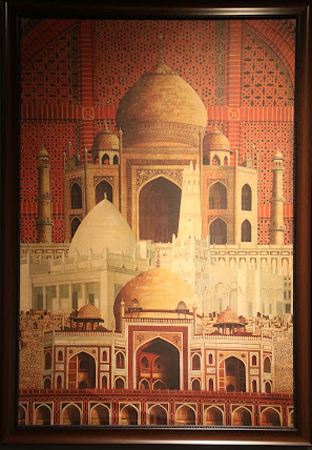 Ambassador Haque said that Pak-China friendship was not only between the two governments, but it was also a friendship and relationship between enterprises, institutions, academic institutions and most importantly between people of the two countries.

He expressed the confidence that this exhibition would help in fostering and promoting a better understanding between our two people.

Ambassador Haque said that Pakistan was a beautiful and diverse country with rich history and cultural heritage, hospitable people and very delicious cuisine and invited the Chinese friends to visit and explore Pakistan.

He said that to promote tourism between the two countries, Pakistan Embassy in China had established a dedicated website in Chinese Language which is called “Discover Bathie” which would soon be launched.

During her speech, Ms. Yan Wei, the President of Home and Abroad Press hailed all-weather strategic cooperative partnership between Pakistan and China.

Expressing satisfaction at the increasing cultural and people-to-people linkages between the two countries, she added that artists of two countries should further deepen their interaction and collaboration to explore new innovation in artistic style and solidifying bilateral friendship between Pakistan and China.

The event was attended by the senior officials including Ms. Li Ping, Vice President of China Women Entrepreneurs Association, media representatives and Embassy’s officers. The ceremony concluded with the awards of certificates by the Ambassador to the participating artists.