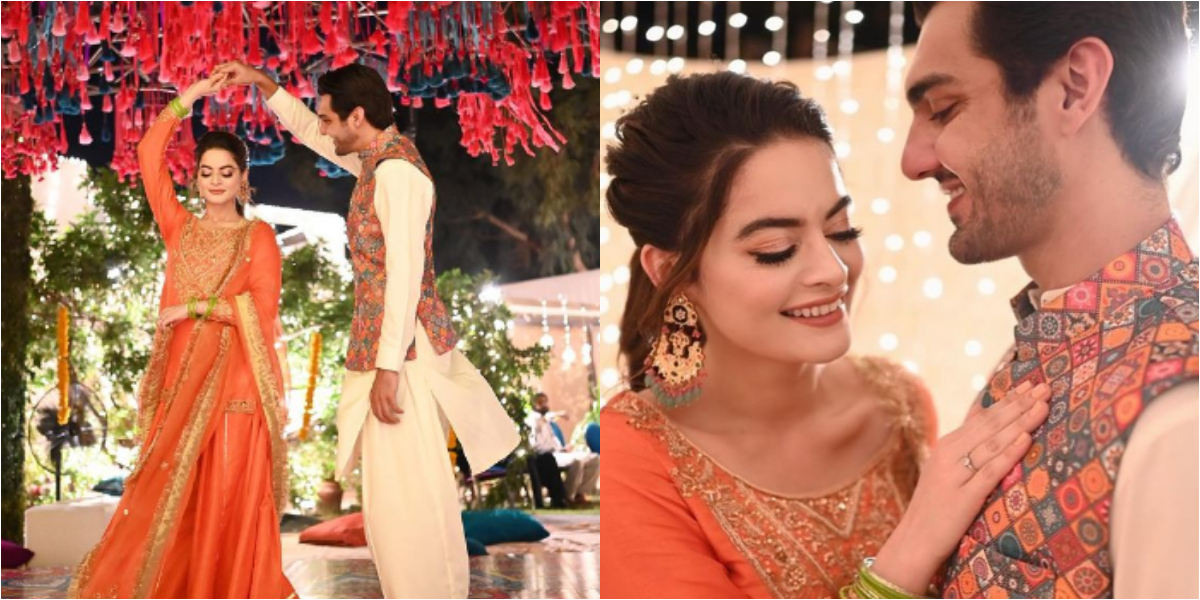 The famous Pakistani Actress Aiman khan’s sister Minal khan will soon be married to Ahsan Mohsin Ikram. After their formal engagement in May, the couple is finally tying the knot. On Instagram, the couple had announced the date of their wedding which is September 10. The wait is over now, the functions from their wedding get started from the ‘Dholki Night’. They have  arranged a grand Dholki function for their friends and family.

The lovebirds were wearing twinning attire in the contrast with orange color that looked amazing. Both were seen enjoying their dholk by capturing memories and dancing together. The dance videos from the event went viral. Minal and Ahsan’s twirling video also went viral from the event. The couple is sharing a lovely chemistry on their special day. Everyone seemed to be enjoying the beautiful musical night. 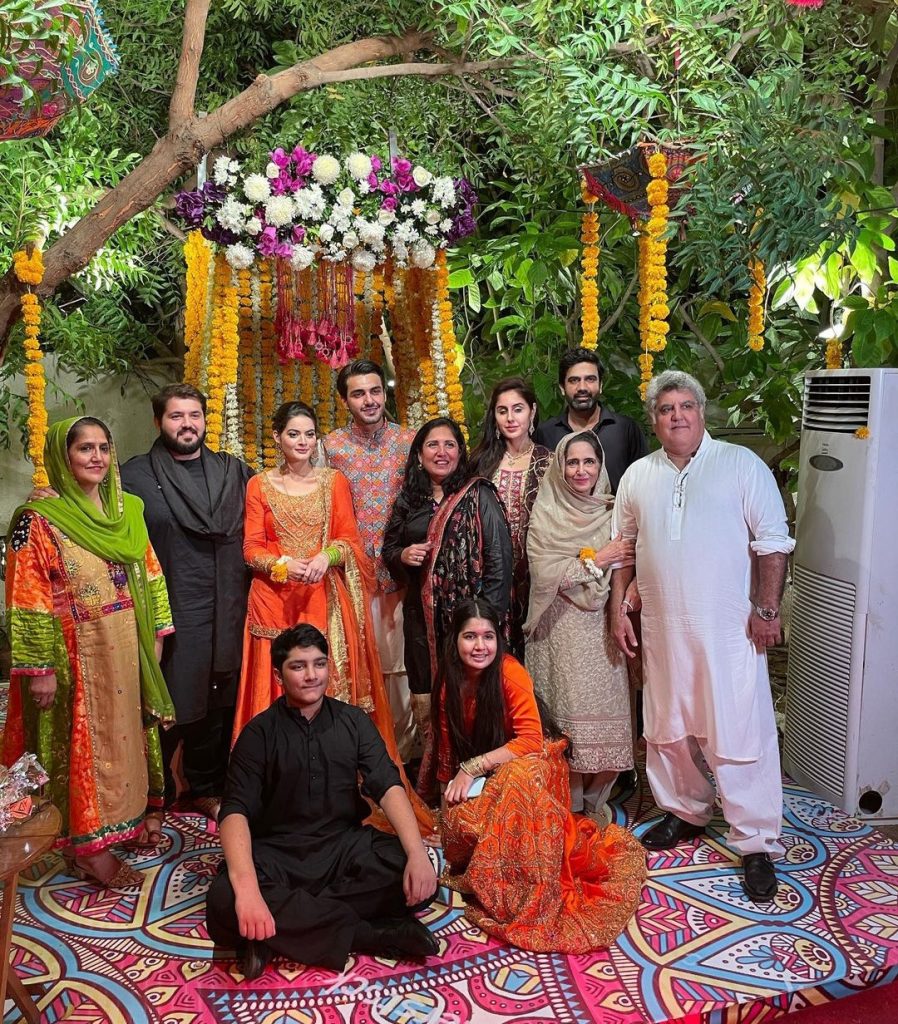 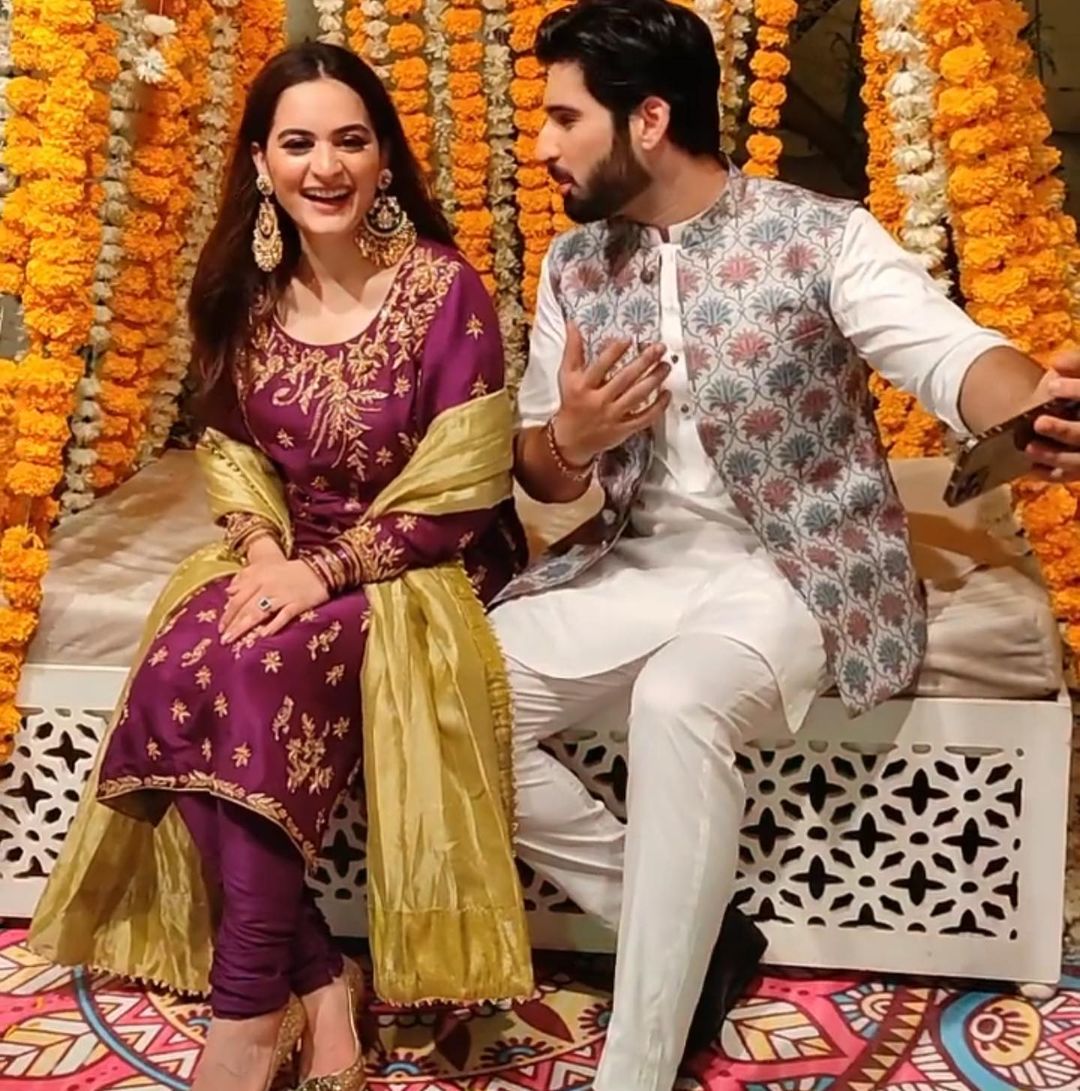 Aiman Khan, Muneeb Butt and their little princess Amal were seen enjoying the function. Cute dance videos of Amal are also circulating on social media. Minal posted pictures on Instagram with Ahsan Mohsin Ikram and wrote the caption “My forever and ever”. The mesmerising couple is geared up for their big day that’s just two days away. Their fans are excitedly waiting for their big day pictures and giving them lots of well wishes for the new beginning of their life.