Fiery debate during senate body meeting over the use of EVMs 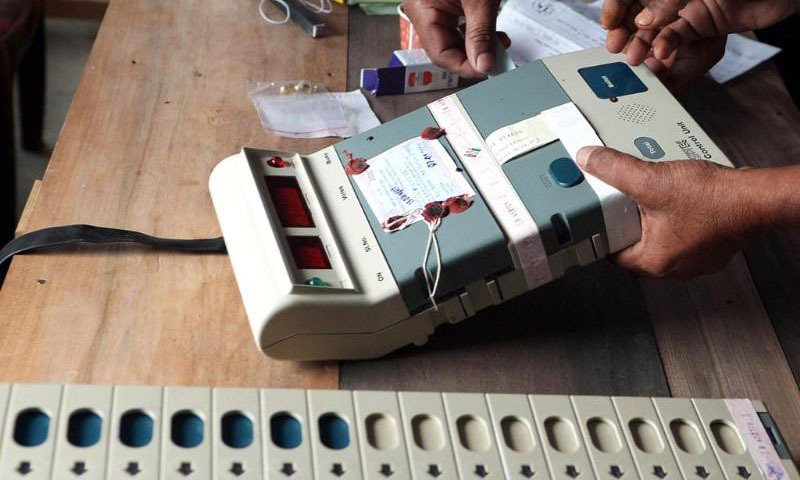 ISLAMABAD: On Monday, the meeting of the Senate Standing Committee on Parliamentary Affairs’ witnessed heated debate among the lawmakers over the use of electronic voting machines (EVMs) in the next elections.

Senators in the opposition had staunch reservations over the use of EVMs, while the government insisted it was the only way to stop rigging during the elections. The meeting started with a briefing from the Ministry of Science and Technology on the use of EVMs.

A detailed multimedia presentation was given by the officials of the ministry on how the machines will work, with a live demo of the voting system. Questions had been raised by Committee members over the efficacy and security of EVMs during the meeting which was chaired by PPP’s Senator Taj Haider, the publication reported.

The publication reported that Senator Afnanullah retorted saying he (Shibli Faraz) should get himself a medal. Faraz told the Committee that there would be a tender for the electronic voting machines, to which PPP’s Senator Mustafa Nawaz Khokhar asked that if the tender had already been issued for the machines, why should they check the machine now.

The minister replied that the opposition also had refused to test the machine, on which Mustafa Nawaz said if this machine was not to be used then why should it be tested? On a statement of the PPP’s lawmaker, Faraz told him that he is younger than him and that he should not interrupt him.

“We have been sitting for this machine for three hours,” PML-N’s senator once again said, as per the publication, to which the federal minister replied that he (the PML-N senator) was doing no favours to Faraz by doing so.

The EVM does not have a biometric identification system, the meeting was told by the ECP information technology director-general. He said the machine could be made dysfunctional by inserting any glue in its buttons.

He said as many as eight reports were sent to the Parliament over EVMs, explaining that the pilot project had a separate system of biometric and vote casting, but the EVMs had no biometric identification system.

‘How can EVMs identify fake voters?’

PPP’s Senator Farooq H Naek asked how the EVMs could identify and stop fake voters from voting. To this, the ministry officials said the voter could be identified by their thumbprint, identity card and face.

Senator Naek said there were many problems during voting, even in the United States. But the ministry responded that the machines made by them were “better than the United States and other countries”. The Election Commission of Pakistan has already expressed its concerns over the use of EVMs, Senator Nawaz Khokhar was reported as saying. But Shibli contended that electronic voting was the only way to avoid disputed elections.

Senator Taj Haider said the committee would take a detailed look at the EVMs. It is reportedly the Election Commission’s jurisdiction to procure machinery or necessary equipment and frame rules on its use.

The government should not indulge in procurement and manufacturing of such machines, said the PPP Senator. Faraz responded that the government has been advocating for EVMs to bring transparency during the election process and avoid unnecessary post-elections controversies.

The PPP senator said that the ECP called the induction of the EVMs premature and questioned why, then, was the government infringing on the domain of the ECP. “We need to evaluate what kind of issues can the EVMs really solve and how modern technology can bring transparency during the elections. We must give technology a chance,” said PTI Senator Sania Nishtar, adding that she did not understand why the introduction of modern technology in today’s age was being opposed at such a learned forum.