Damien Hine is a bright new voice in the world of fantasy! 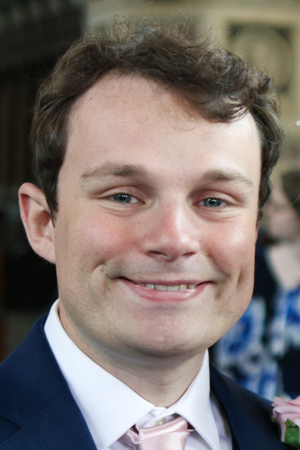 Fantasy is notoriously difficult to write. Not only do you have to worry about creating gripping, compelling characters that leap off the page, you also have to create a completely new world. It sounds like a cake walk, but it certainly isn’t.

Published by Monolith Books, Out of Atlas is the first part in the Hearthmark Chronicles. This trilogy takes us through the adventures of Fred Banks whose life is turned upside down when he discovers that there is a world beyond the walls of the city of Atlas a world called Risiva.

The city of Atlas hides from the outside world behind vast walls. A hive of politicians and accountants, it is continually looking inward. Nobody leaves. Nobody questions what lies outside. It is a place where nothing ever changes and the citizens like it that way. All of them that is, except a young man named Fred Banks.

Fred has questions. What lies beyond those ever-present walls? Is the outside world really a wasteland populated by blood-thirsty marauders? When an aging professor reveals the truth, Fred learns that the mystery is far from over. 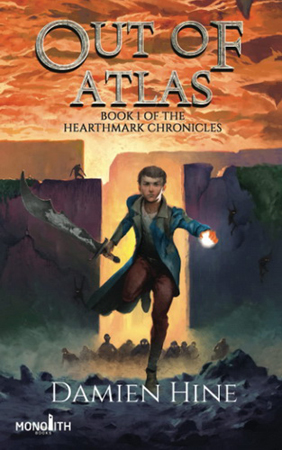 His search for answers will take him beyond the walls and deep into the unknown world of Risiva, a land of wanderers and nomads, of desert pirates and kings. Freed from the walls that blinded him, Fred will learn it is not just his curiosity that sets him out from the rest – he was born for this. Destiny awaits.

Damien Hine writes with razor sharp precision with not a single word going to waste. He triumphs in creating characters that you find yourself rooting for. The transformation of Fred Banks from a young, unsuspecting teenager into a confident young man thirsting for his light spark is admirable. The book is populated by a host of unforgettable creatures that you wouldn’t find anywhere in this world. The one that really stood out for me was the Clerades, an elusive but seemingly clairvoyant bird that makes an appearance at a time when Fred is at his lowest and ready to lose hope entirely. With fantasy, authors have the opportunity to use human emotions to great effect and Hine does exactly that.

Gripping and compelling with larger than life characters, Out of Atlas heralds the arrival of a bright new voice in the world of fantasy. An author to watch out for, Hine has made it clear that he is here to stay. With ‘Into the Storm’ and ‘The Forgotten Way’ out now from Monolith Books as well, this is a series that will stay with you long after you’ve turned the final page. A glittering debut!