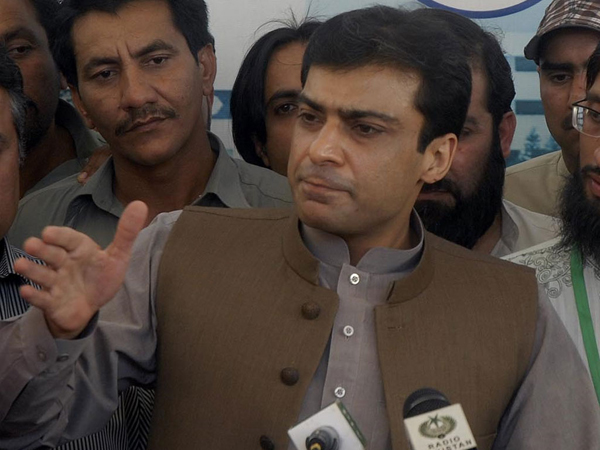 Both Shehbaz Sharif and Hamza Shehbaz appeared before the court and the hearing was presided over by duty judge Aslam Gondal, who extended their interim bails until September 25.

During the proceedings, Shehbaz Sharif told the court that the National Accountability Bureau (NAB) initiated this case but now the Federal Investigation Agency (FIA) has also jumped in. The judge asked Shehbaz Sharif how many times he had appeared before the investigators, upon which the NAB official intervened, saying they had summoned the PML-N chief only once.

The judge from when this investigation had been launched as the file contained nothing since July 2. “Only four lines are written in the file during the last two months. What kind of investigation you people are conducting?” the judge asked. The judge further said “You people must investigate properly now so that the accused should also know the probe is moving ahead. On this, Hamza Shehbaz said why they were not investigated when they were in jail. “No investigation was carried out before and now they are again calling for our arrest,” he added.

The court then ordered the investigators to do their job. “Do not build castles in the air,” the court added. Shehbaz Sharif earlier stated that the charges of corruption and money laundering could not be applied over him as he was neither a partner nor a director in the case related to Ramzan Sugar Mills. “I didn’t give any subsidy to the sugar mills during my tenure as the chief minister and appeared scores of times for the inquiry”, PML-N leader said.

Hamza Shehbaz in his statement said that he was questioned one year ago in jail and he replied the questions asked to him. “I was told that my arrest not required in the case,” Hamza said. In the sugar scam, Shehbaz Sharif and his two sons, Hamza and Suleman Shehbaz, were booked by the Federal Investigation Agency (FIA) under the charges of financial fraud, corruption and money laundering charges.