Resolution of Kashmir dispute must for regional peace: Asad 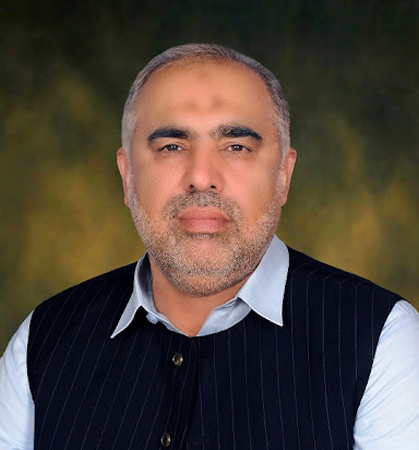 Speaker National Assembly Assad Qaiser Friday said that the fighting for the cause of Illegally Indian occupied Jammu and Kashmir (IIOJK) on every regional and international forum would continue till the resolution of Kashmir dispute as per aspirations of Kashmiri people.

He resolved to utilize all possible channels to highlight and sensitize the world about atrocities being committed on innocent Kashmiri people in (IIOJK).

He expressed these views while meeting with newly elected Prime Minister of Azad Jammu and Kashmir (AJK) Sardar Abdul Qayyum Khan Niazi who called him here.

Speaker Asad Qaiser congratulated Sardar Abdul Qayyum Khan Niazi on assuming the office of Prime Minister of State of Azad Jammu and Kashmir (AJ&K) and expressed his confidence that under his leadership the AJK would traverse on the path of progress and development.

He said Indian atrocities would not last longer and the people of Kashmir would soon get their basic right of freedom.

He said that the state of Azad Jammu and Kashmir is full of natural scenes and resources and there is vast opportunity of promotion of tourism. He said that exploring tourism opportunities would bring mass prosperity and generate employment opportunities.

Speaker Asad Qasier also said that highlighting the atrocities and violations of basic rights in IIOJ&K have always been the priority of the incumbent government. He said that the peace of the region and of the world is dependent upon the resolution of the Kashmir dispute as per the resolution of the United Nations Security Council and aspirations of the people of Kashmir.

He remarked that Parliament of Pakistan has raised the Kashmir issue at all national and international forums.

He said that he himself had written letters to Speakers and Presiding officers of 198 Parliaments of the world to highlight Indian brutalities in IIOJ&K.

Prime Minister of AJK Sardar Abdul Qayyum Khan Niazi thanked the Speaker for his warm facilitation and good wishes. He also lauded the initiatives taken by Speaker Asad Qaiser for highlighting the Kashmir dispute and assured that he would continue to highlight the Kashmir dispute at every regional and international forum.

He was confident that soon the people of Kashmir would be free from Indian occupation and succeed to get their right of self-determination.

He also said that promoting tourism in state of AJ&K would be the top priority of his government and all available resources would be utilized for the well being of the people of Kashmir.