Haleem appeals to SC, NAB to take notice of corruption in Tharparkar 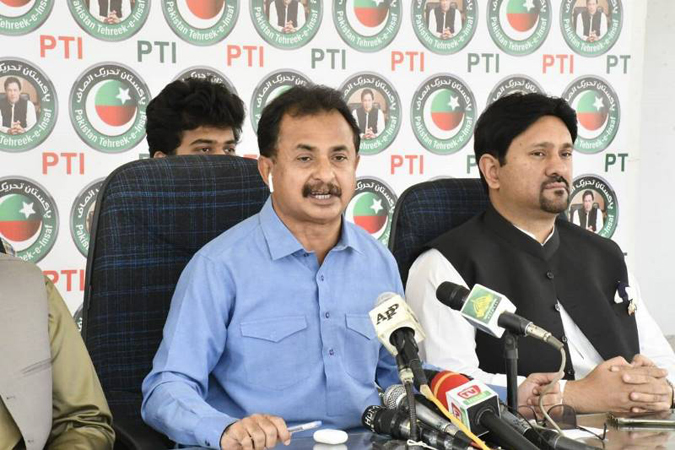 Haleem Adil Sheikh, in a statement issued here on Thursday, demanded for arrest of Sindh Chief Minister, Minister for Public Health Engineering, Director General Sindh Arid Zone Development Authority (SAZDA) and other responsible officials and said that issue of mega corruption in RO Plants would be taken to court and NAB.

“Followers of Yazid have turned Tharparkar into Karbala and residents of the district were suffering from problems like water scarcity, malnutrition and lack of medical facilities,” Haleem observed.

As many as 622 Reverse Osmosis plants were installed out of total 750 proposed plants while 228 RO plants including machinery went missing, he said, adding that allocated budget of 750 RO plants issued to Pak Oasis Company even before completion of the work.

The leader of the opposition said that though most of the RO plants were closed, budget for fuel of the plants has being issued while on the other hand 700 employees had not been paid salaries for several months.

The local administration sold machinery worth millions of rupees in connivance with the provincial government while tube wells installed by SAZDA were also sold and funds embezzled by the Sindh government,

Haleem Adil Sheikh alleged adding that embezzled amount was transferred to fake accounts and was used for expenses of Bilawal House and payment of bills of Bilawal and Ayan Ali.

Raising serious concerns on increased child mortality rate in Tharparkar this year commented that the ‘chairman by chance’ was taking revenge of democracy from every individual of Sindh.