Uncertainties about future of Afghanistan 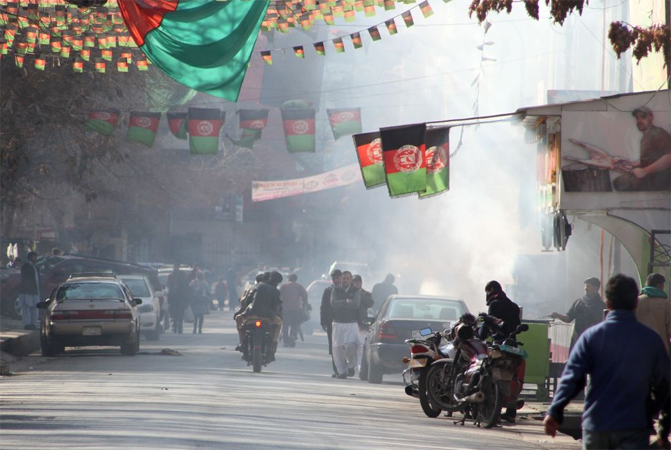 Afghan Taliban are a byproduct of US war against USSR and Civil War in Afghanistan. In 1992, Peshawar Accord was signed by Mujahideen leaders for formation of coalition government. However, stable Government was not established in Afghanistan due to differences between Gulbadin Hikmatyar, Head of Hazb e Islami and Ahmad Shah Masood, leader of Jamiat e Islami. Gulbadin Hikmatyar crushed Peshawar Accord by refusing to join coalition Government and mobilized his members to conquer Kabul by force. Former Mujahideen leaders started fighting each other for occupation of Kabul and civil war erupted in Afghanistan from 1992 to 1996.

Till 1994, there were no Taliban in Afghanistan. Internal conflict among previous Jihadi groups created space for Afghan Taliban. Afghan people were fed up of civil war and atrocities of Mujahideen. Taliban, who were teachers and students in local seminaries of Kandhar, started military campaign against previous Mujahideen. Initially taliban captured Kandhar and started heading toward other regions of Afghanistan. In two years they entered Kabul with military might and established Islamic Emirate of Afghanistan in 1996.

Taliban Government was toppled by US in 2001 due to their links with Al Qaida. After twenty years fighting against US and Afghan Army, Afghan Taliban once again captured Kabul on 15 August 2021. Afghan Taliban have announced establishment of Islamic Emirate of Afghanistan but there are uncertainties about future of Afghan Taliban owing to multiple factors.

First, Taliban needs legitimacy of Islamic Emirate Government from international community. It will not be considered de jure Government, until global major powers recognize the Government.

In this regard, China and Russia will play vital role. Recognition of Islamic Emirate by China and Russia will instigate other regional countries to extend recognition. In near future, it seems that USA and EU will not recognize Afghan Taliban Government because accepting radicalized Islamic Government in Kabul is against democratic norms of western world. Western administration will face severe condemnation from western media and public by recognizing Islamic Emirate instantly.

Third, there are certain influential Afghan leaders, who are not acceptable to Taliban. Abdul Rasheed Dostam, Amrallah Saleh, Atta Noor Muhammad, Tadeen Khan Achakzai and many other leaders will not be adjusted by Afghan taliban in their future Government. These leaders are also reluctant to work under Islamic Emirate. So, military response of these influential Afghan leaders cannot be overlooked. They with foreign assistance can create chose in Afghanistan.

Fourth, there are 300000 Afghan Army, who surrendered to Afghan Taliban. These army personnel have affiliation with their regional previous war lords. They are trained and having fighting skills. They can establish militant nationalist group against Afghan Taliban. There is high probability that some of Afghan Army commanders will mobilize force against Islamic Emirate.

They also share same Islamic ideology. These militant organizations have safe heavens in Afghanistan. In order to comply with with Doha Agreement and build good image in International community, Afghan Taliban should not only disassociate themselves for these militant organizations but also assist the world community to neutralize threat of terrorism. Shrinking space for other religiously militant groups will be uphill task for Afghan Taliban.

The writer is a federal government employee.