Pakistan has a huge potential to enhance rice export to several countries especially China and Pakistani rice export is likely to cross one million tons within two years with increased demand from the Chinese market, said Badar uz Zaman, Commercial Counselor of Pakistan Embassy in China.

“Last year our rice exports to China was 475,000 tons and quantity wise we are the third largest country while amount or money wise we are fourth largest rice exporter to China,” he said. Last year Vietnam, Myanmar, and Thailand were the top three rice exporters to China, with exports of 787,538 tons, 911,231 tons, and 324,642 tons respectively. China had appeared as one of the top destinations for Pakistani rice with a 59pc increase of broken rice in last year while semi/wholly milled rice and IRRI-6 and IRRI-9 are the main top two rice varieties imported by China, which amounted to around $259 million last year.

Badar uz Zaman said the number of registered rice exporters has increased to 53 and within the last two years as 18 new Pakistani rice companies were registered by the General Administration of Customs, China, which shows the huge demand for Pakistani rice in the Chinese market. These companies fully meet the Chinese standards.He said IRRI-6 and IRRI-9 types of rice have special Chinese consumer taste, while all commercial sections in China are trying B2B marketing to promote all kinds of Pakistani rice types, and also the products of quality that are in demand here. According to a report released by China-Pakistan Agricultural and Industrial Information Platform (CPAIC), Pakistan has already become one of the top rice producers and exporters in the world.

The rice grown in Pakistan is mainly divided into basmati rice and non-basmati rice. Basmati rice, with slender and elongated grains, aromatic taste, soft and fluffy texture when cooked, is one of the most favoured high-end rice varieties in the international market.

Pakistan is the most important growing area of basmati rice besides India and Bangladesh. Hybrid rice breeding assisted by China is elevating Pakistani rice yield to new heights. Honglian hybrid rice developed by Wuhan University and harvested in eight demonstrative plots in Pakistan has demonstrated the ability to raise production by two times.

A rice variety bred by China’s Yuan Longping High-tech Agriculture Co., Ltd in collaboration with Guard Agriculture Research and Services is anticipated to double the rice production in Pakistan from two tons per acre to four tons per acre.

Last year, a total of 500 tonnes of hybrid rice seeds from a seed company in east China’s Jiangsu province landed in Pakistan to help ensure the country’s grain yield.

It may be mentioned here that China permitted imports of Pakistani rice on January 1, 2006. In February of the same year, the first batch of rice was shipped from Pakistan. 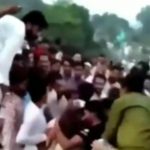