30 sent to prison for identification parade in TikToker assault case 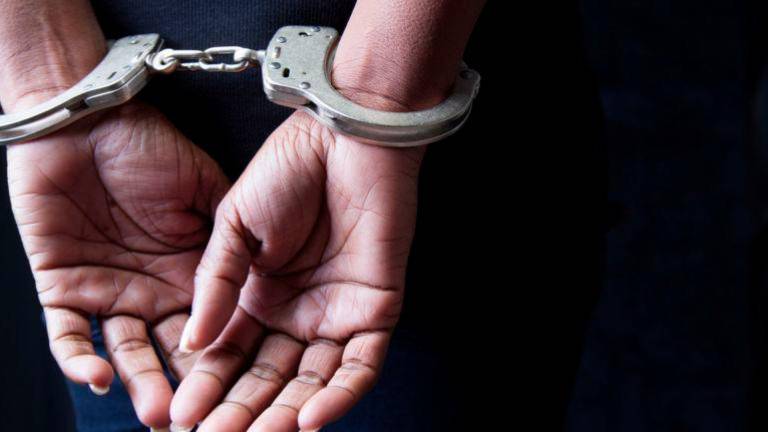 Punjab Police arrested 26 more persons on Sunday for their alleged involvement in the Minar-e-Pakistan harassment and assault case, as a judicial magistrate in Lahore sent 30 more suspects to jail for their identification parade in the case.

Police said raids were carried out in Faisalabad, Kasur and Sheikhupura during which 26 people were arrested, bringing the total number of arrested persons to 92.

A day earlier, Punjab Police had arrested 66 persons over their alleged involvement in molesting and beating a woman at the Minar-e-Pakistan on Independence Day.

Police says 407 people in total have been included in the Minar-e-Pakistan harassment investigation. Besides the 92 arrested, police have released the rest of the ones who were questioned.

Police officials on Sunday produced 30 suspects before the court under strict security arrangements. The suspects were brought to the district courts in a prison van with their faces covered.

The magistrate allowed police to shift the suspects to the judicial lockup for 14 days and directed the jail authorities to make special arrangements for the identification parade.

Some of the suspects alleged before the court during Saturday’s hearing that the TikToker had herself invited them to Minar-i-Pakistan to make videos. They asked the court to order the police to also arrest the TikToker and her team members to reveal the facts of the incident.

The parents of some of the suspects also gathered outside the court and claimed that their sons had been wrongly arrested by the police.

A spokesperson for the Punjab government said nearly 100 suspects had been taken into custody in the case so far.

Police had registered the first information report against 400 unidentified persons for assaulting and molesting the complainant and stripping her.

Sections 354-A (assault or use of criminal force against woman and stripping her), 382 (theft after preparation made for causing death, hurt or restraint in order to commit the theft), 147 (rioting) and 149 (unlawful assembly) of the Pakistan Penal Code have been included in the FIR.

The incident occurred on August 14 when hundreds of youngsters were celebrating Independence Day at the park. Police moved into action on Tuesday after videos of the episode went viral and sparked an outrage on social media. On August 18, Prime Minister Imran Khan had taken notice of the incident. A close aide of the PM, Sayed Zulfiqar Bukhari had tweeted that PM Imran Khan personally spoke to IG Punjab on the manhandling of the woman and the vandalisation of Ranjit Singh’s statute at Lahore Fort.

The Minar-e-Pakistan incident came to light after a video went viral on social media, showing hundreds of men attacking a woman as she sought to record a TikTok video with four of her friends to celebrate Independence Day. The police registered a case against 400 men for assaulting the woman.

Earlier, Punjab government spokesman Fayyazul Hassan Chohan had said that the culprits are being identified through video footage. “The incident of assault on a woman in Greater Iqbal Park is a shameful act which has brought shame to the society,” Fayyaz Chohan said in a statement. He said that the accused involved in the video are being identified and will be brought to justice.

Meanwhile, Lahore police has detained two men for harassing a young woman in a Chingchi rickshaw after a video of the assault went viral on social media.

According to the investigation officer, the incident took place on Ravi Road. The suspects were traced via the number plate of their motorcycle. They have been moved to an undisclosed location and are being questioned by the police.

“The identification of the men will be completed after face-matching,” the officer added.

On Saturday, the Lari Adda police had registered a case on the complaint of SHO Ghulam Abbas against at least 10 men. The video has been sent for forensic analysis as it is not clear when it was shot. It could be that the video is from the August 14 celebrations.