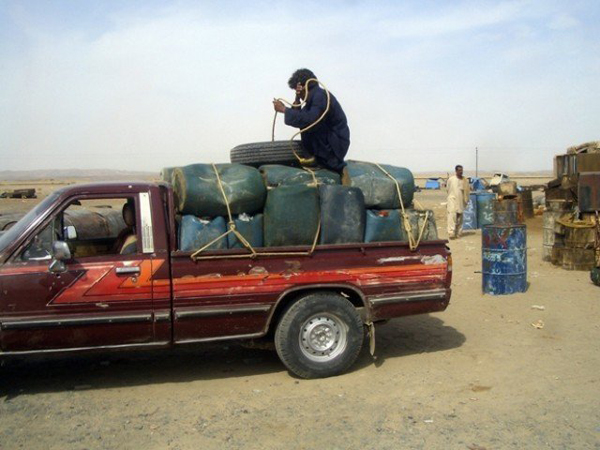 The country’s one of the biodiversity rich seashore is facing a serious risk of species loss as illegal oil smuggling being carried out through Daran Beach located in Jiwani, endangering existence of exotic species of Green Turtles, nesting on the coast.

The Green turtles (Chelonia mydas) nest on beaches along the coast of Pakistan throughout the year, with the peak nesting season between September and October. Daran supported the highest number of nesting sea turtles, Senior Technical Advisor to World Wildlife Fund for Nature (WWF-Pakistan) Muhammad Moazzam Khan told APP while sharing facts of his study carried out in this regard.

Khan said, Daran due to its remote proximity, was a favourable habitat for green turtles thriving in the region and the only threat it had faced was of predation by feral dogs, jackals, and foxes which dig up eggs, and gulls which prey on hatchlings crossing the beach to the water. Daran is close to the border between Pakistan and Iran. Because of the porous border, a number of commodities are being smuggled between the two countries.

Fish is the usual product smuggled from Pakistan to Iran, whereas petroleum products (mainly diesel, petrol, grease, and bitumen) are smuggled from Iran to Pakistan, he cited.

One of the main cause, Khan said, of increased oil smuggling from Iran was its cheaper oil prices due to an oil producing country as compared to Pakistan having quite higher prices.

“In the Jiwani area, this smuggling usually occurs in the creek system north of Daran” he said.

The Iranian oil is often moved illegally into Pakistan in tankers and jerry cans mounted on pickup trucks and motorcycles in full view of the watchdogs and authorities concerned, the WWF official cited.

After punitive actions of border security agencies and customs authorities against fuel smugglers; it caused a temporary stoppage of the illegal trade. However, the oil smuggling strata then look for alternate routes for continuation of their illicit trade, he underscored.

In October 2020, after authorities had taken action against the smuggling of fuel from Iran into Jiwani via the usual route, the culprits involved in the trade brought oil via sea route to Daran Beach for a period of 35 days, he informed. The beach had not been previously used for such activities.

There is no landing facility at Daran, and the oil was carried in jerry cans from Iran and offloaded on to the beach at high tides. This activity was mainly conducted during the daytime while low-level turtle nesting continued at night, he said. The WWF official avoided any interaction with the smugglers at Daran Beach. However, he noted different observations including compaction of sand, trampling of turtle nests, spillage of fuel, impact of fuel on embryos and hatchlings and also the smuggling activity described continued for intermittent time period and was expected to resume after intensive action would diminish at the offset of summer season.

The coastal communities of Jiwani, he said, have urged the government to keep a vigil and prevent illicit fuel smuggling through Daran Beach as it would have serious impacts on turtle nesting and other biodiversity of the area. Khan informed that there were total seven species of green turtles and five of them existed in Pakistan whereas, the Daran Beach of Jiwani was the most precious one in terms of overwhelming biodiversity found in the area. When contacted, the Environmental Protection Agency officials and Deputy Commissioner Gwadar were not available for their version over the matter.

It is to be noted here, the Deputy Commissioner Gwadar lifted ban on oil transportation through Kuntani where card holders were allowed to transport oil with effect from August 7, under strict COVID-19 protocols.