Time to ‘wake up’ as GSP+ facility may face risks 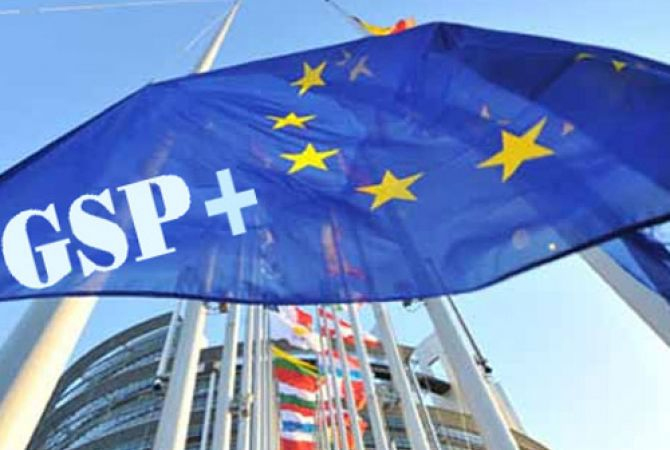 The European Parliament’s call in April for an “immediate reassessment of the EU-Pakistan trade regime” is not being taken seriously in Islamabad, even though there is a risk of temporary withdrawal of the Generalised System of Preferences-Plus (GSP+) facility, a Daily Times (DT) investigation has revealed.

The European Parliament passed a resolution on 29 April 2021, decrying the deterioration of human rights and religious freedoms in Pakistan. The resolution was “overwhelmingly passed” with 662 votes for it, only three against it, and 26 members not voting. This was taken as recognition of the charge that “EU’s trading relationship with Pakistan is failing to uphold human rights,” and therefore it should be reassessed without wasting any time.

Even more significantly from Pakistan’s point of view, the resolution also called for the “European Commission (EC) and the European External Action Service (EEAS) to immediately review Pakistan’s eligibility for GSP+ status in light of current events and whether there is sufficient reason to initiate a procedure for the temporary withdrawal of this status and the benefits that come with it, and to report to the European Parliament on this matter as soon as possible.”

There was a separate vote on this provision, and it received even more votes in its favour; with 678 for it, eight against it, and 10 choosing not to vote.

This is an unprecedented action by the European Union and Pakistan is the first country to be subject to such a review. Yet the Pakistani government, and its foreign missions in the EU, continue to play down the significance of these resolutions.

Pakistan’s ambassador to Italy, Johar Saleem, told a leading English-language local newspaper, that the EU parliament’s resolution was not of a binding nature for the EU Commission. He also said that Pakistan’s progress on compliance of 27 UN Conventions was “very encouraging” and that the Commission had recognised as much in its review reports.

Yet the review, a copy of which is available with Daily Times, is being seen in the European press as potentially marking a major turning point. Because of the seven major political groups in the European Parliament, all tabled resolutions on religious freedoms in Pakistan in particular, with six specifically containing provisions on the GSP+. Five of them went so far as to also demand a reassessment of Pakistan’s eligibility, while one even requested that the European Ombudsman initiate an investigation into the European Commission’s compliance with EU rules.

Pakistan received the GSP+ status in January 2014 after agreeing to implement 27 internationally recognised conventions. From 2013 to 2019, Pakistan’s exports to the EU increased from 4.538 billion euros to 7.492 billion euros, registering an increase of 65 percent.

Before extending the status in March 2020 for another two years, till 2022, the EU published its 3rd Biennial Assessment of GSP and appreciated that Pakistan was taking positive steps in areas of climate change, forestation under the billion tree tsunami, improved vigilance to combat illicit narcotics and wildlife trade, political and administrative reforms to integrate former Federally Administrated Tribal Areas (FATA), social protection initiatives like Ehsaas Program, etc. However, it also cautioned that the country had not made notable advances in protecting human rights, especially the rising number of online and offline attacks on journalists and civil society organisations, and also raised a red flag about the rising number of blasphemy cases in the country.

Then in April 2021 it called for a review of Pak-EU trade relations citing lack of progress on the same counts. Member of European Parliament (MEP) Charlie Weimers of Sweden, who co-authored the resolution, made specific mention in his speech about various incidents of members of religious minorities “killed or imprisoned” in Pakistan over blasphemy accusations.

This lack of compliance with the 27 conventions, which the Pakistani ambassador to Italy played down in his account to the local press, is now leading to accusations of the EU being in violation of its own laws because by extending Pakistan’s status pending thorough compliance, EU is seen as being complicit in the former’s violation of rules.

Yet according to an EU’s own report, since signing onto the GSP+ program Pakistan has reconstituted the death penalty and increased repression of ethnic minorities and freedom of speech, particularly online, which could lead to a suspension when the extension expires in 2022. This development has come at a very odd time for Pakistan. This year the finance ministry has gambled with an expansionary budget, in complete disregard of the IMF’s contractionary mantra around which the $6 billion Extended Fund Facility (EFF) revolves, and increased export earnings are a central bedrock of the new policy.

The threat of suspension of the GSP+ facility already has nervous investors and traders looking for answers. Most estimates suggest that even a temporary withdrawal of GSP+ would cut our export revenue by $6-7 billion annually.

“If we lose the GSP+ status in 2022, we will suffer because we are not prepared for it in any way,” said Imran Latif, president and CEO of Texlynx Global Pvt Ltd, which deals with a diversified customer base spread as far as New Zealand, Argentina and Peru. 40 percent of their export market comprises European countries and GSP+ plays an important part in its outreach. Traders are also upset that the commerce ministry, which is supposed to deal with the EU on matters such as GSP+, is not giving it the important it deserves.

“We were really hoping for some aggressive lobbying from the government of Pakistan, especially the ministry of commerce, in this regard, but there’s been nothing so far,” said Adeeb Iqbal, chairman of the Pakistan Readymade Garments Manufacturers and Exporters Association (PRGMEA). “We would suddenly face an additional 10 percent duty and get priced out of the market by countries like Sri Lanka.”

The traders’ own attempts to get the government to mobilise have also not met with any success so far.

“I personally met with the commerce secretary a few months ago about this issue, but he seemed to think that everything is under control, which is not the case,” Adeeb added. DT’s investigation has also revealed that the commerce ministry was never at the forefront of the effort to get the GSP+ facility; not even when it was first granted in 2014.

It was, in fact, the personal effort of one man, Chaudhary Mohammad Sarwar, who was governor Punjab at the time of the initial negotiations in 2013 and also when the extension was granted in 2019. He visited Strasbourg in November and December 2013 and met with at least 36 MEPs following which Pakistan was granted the window from January 2014.

In December 2019 he again visited Portugal and Belgium, where he met with relevant MEPs and state officials to encourage them to support the case for Pakistan’s extension. The EU had already begun raising red flags by then, but his argument that the special status had helped Pakistan generate jobs and boost the economy seemed to have done the trick and got us the extension. He also said that the GSP+ facility was important for CPEC and relocation of Chinese industry to Pakistan and also it also got us precious foreign exchange that was essential for the fight against terrorism.

Both visits were covered in the local and international press. But when DT approached the Governor’s House for confirmation, we were told that it was a matter for the ministry of commerce to comment on.

Our efforts to contact the commerce ministry through their contact numbers on the website have not got us a reply so far, despite trying for two weeks.

Media reports suggest that the government is comfortable with its current approach that ambassadors stationed in the EU will get the job done. Yet the business community is worried – they are in fact wondering if the prime minister is even aware of the situation — and the ministry of commerce has made no public comment so far about the gravity of the problem, or its plans to deal with it. Meanwhile the country’s economy, especially with the rebellious, business-friendly budget, hangs in the balance.