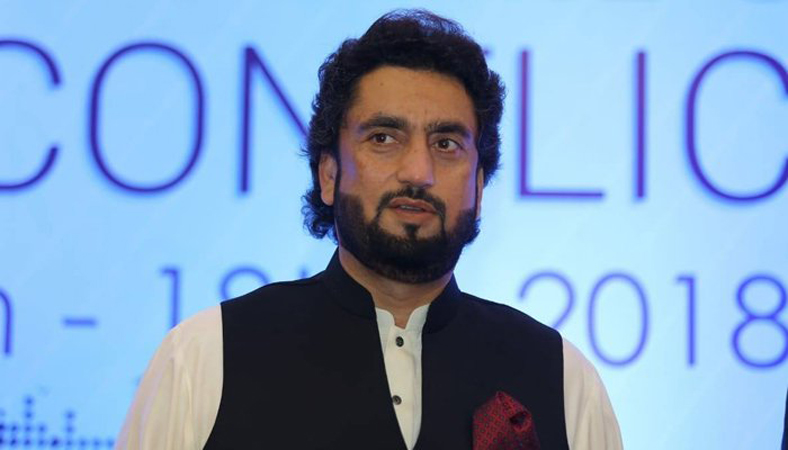 Chairman of the Parliamentary Committee on Kashmir Shehryar Khan Afridi Sunday said peace and development became a new normal in the Azad Jammu and Kashmir (AJK) after the Kashmir Premier League (KPL) opened a new vista of economic growth there.

Addressing a press conference here at the AJK Prime Minister’s House along with AJK Prime Minister Abdul Qayyum Niazi, Shehryar Afridi said that while Kashmiris across the globe were observing August 15 as Black Day, the people across Pakistan stood firm to express solidarity with their Kashmiri brethren on this occasion. Afridi said on the one hand, India was systematically killing the Kashmiris in the Indian Illegally Occupied Jammu and Kashmir (IIOJK), while on the other, the Kashmiris in AJK were enjoying their rights of freedom. “Peace, development, progress and prosperity are a part of a new era in AJK,” he remarked. He said that KPL should not be seen in isolation as the KPL had opened a new vista of opportunities for the Kashmiri youth. The chairman urged the Kashmiri youth to become a part of development process which had brought a new hope and opportunities for the Kashmiri youth. Shehryar Khan Afridi said the KPL had brought along tourism and economic activity in AJK which benefited the local people through direct and indirect involvement with the league. “Today, there is no room available in Muzaffarabad for visitors as tourists and spectators have occupied all hotels and guest houses. Thousands of Kashmiris have also benefited from the KPL,” he said. He said that the KPL was being broadcast in 36 countries across the globe and it had also projected the beauty of Kashmir across the globe. The chairman said the private investment into KPL and the business activity generated due to the KPL has brought a new wave of tourists. He said the broadcast had also projected and promoted the rich Kashmiri culture, heritage and history to the world. He said the KPL had helped transform Kashmir’s name from a conflict to a thriving and developing region. “Now it is responsibility of the Kashmiri and Pakistani diaspora to come and invest in AJK and become a part of development process launched by the PTI government,” he added. He said the KPL had generated a new hope and changed the perception of Kashmir because perception management was vital in post-modern era.

He emphasized that AJK was now open to the word to bring the required momentum and gentle nudge to economy when the world was struggling against COVID-19 pandemic. Afridi urged the media and youth of Kashmir to take ownership of the KPL and support the development process in AJK. He said that Prime Minister Imran Khan was clear in his mission to lobby for right to self-determination for the people of Kashmir. He said all political parties stood together in Kashmir Committee on Kashmir cause and this unity was a great source of encouragement for the people of IIOJK. Responding to a question, he said that Ministry of Foreign Affairs was working to help return of 300 Pakistani women stranded in IIOJK.