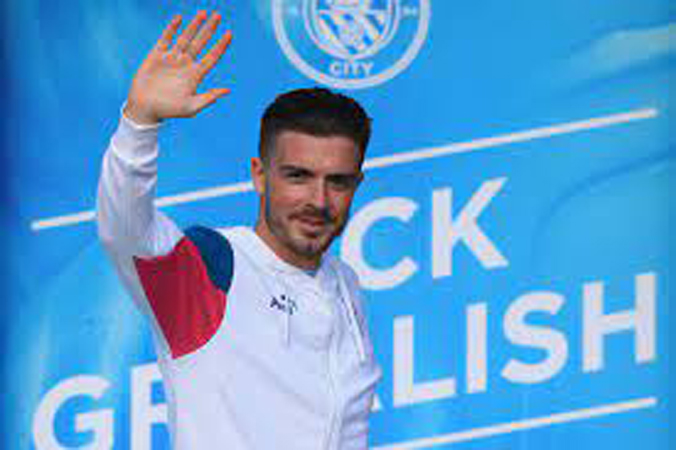 Aston Villa are ambitious and had no option but to accept Manchester City’s £100 million ($138 million) bid for playmaker and captain Jack Grealish said manager Dean Smith on Friday. Smith speaking ahead of Villa’s opening Premier League game with Watford cited the arrivals of England striker Danny Ings and Argentine Emiliano Buendia — “he’ll bring the creativity and spark” — as evidence of their strengthening the squad. Arsenal were also interested in Buendia, but Villa were first to meet Norwich’s demands with a £33 million offer according to reports. Ings signed from Southampton for a reported £25 million. Villa also added veteran defender Ashley Young from Serie A champions Inter Milan and Jamaican international Leon Bailey joined from Bundesliga side Bayer Leverkusen for a fee believed to be £30 million. “It was important that we strengthened the squad depth this season,” said Smith. “We felt we had an 11 that could compete against anybody including the top teams — now we’ve got more variation, more adaptability, and more depth.