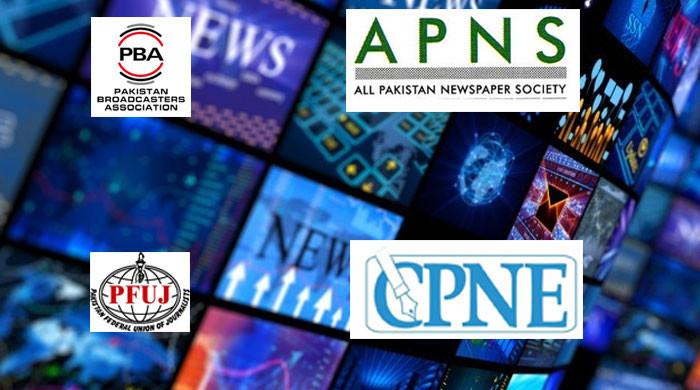 Representatives of Pakistan’s media organisations have rejected the proposed Pakistan Media Development Authority (PMDA) and termed it “an unconstitutional and draconian law against the freedom of the press.”

In a joint statement, the All Pakistan Newspaper Society (APNS), Council of Pakistan Newspaper Editors (CPNE), Pakistan Broadcasters Association (PBA), Pakistan Federal Union of Journalists (PFUJ) and Association of Electronic Media Editors and News Directors (AEMEND) “totally rejected” the proposed Authority, calling it “a step toward imposing state control to regulate all segments of media under an over-centralised body.”

The statement also said that the proposed PMDA “appears to be aimed at subjugating the freedom of press and expression.” Media organisations called the proposed authority the Pakistan Media Destruction Authority.

PMDA is an attempt to tighten the federal government’s control over the media from one platform and ignores the fact that print, electronic, and social media are separate entities, each with their own defined features, the statement added. Representatives of media organisations also urged the joint meeting of the lower and upper houses of parliament to reject the proposal in its entirety.