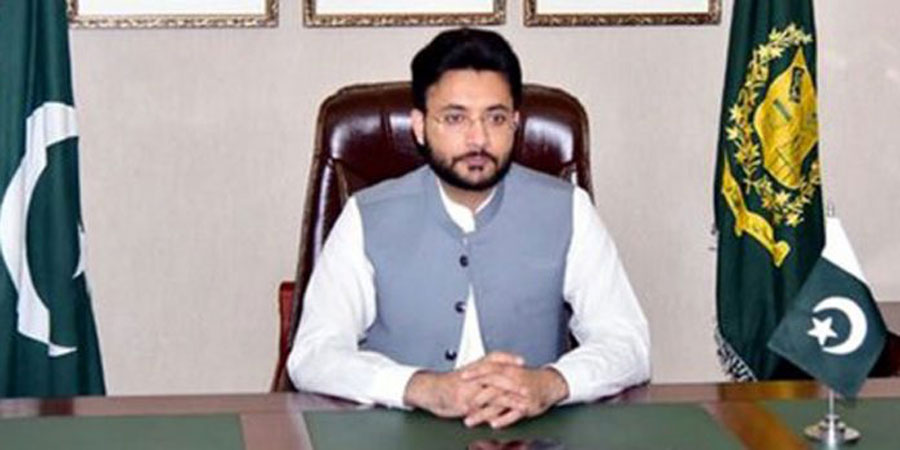 Minister of State for Information and Broadcasting Farrukh Habib said on Tuesday that Prime Minister Imran Khan has emerged as a global leader by taking practical steps on climate change.

“Such efforts of Prime Minister Imran Khan are also being recognized by the International Organizations,” he said in a series of tweets.

He said the billion tree plantation project launched by the prime minister in Khyber Pakhtunkhwa to avert climate crisis in Pakistan won accolades from different global forums including the United Nations (UN), World Economic Forum and the Bonn Challenge.

On the one hand, he said UN Secretary General António Guterres issued a red alert on the Inter-governmental Panel on Climate Change’s report indicating a sharp rise in temperature in next ten years, while on the other, PM Imran Khan was personally leading tree plantation drive in the country to help control soaring temperatures.

Farrukh said the prime minister inaugurated the world’s biggest Miyawaki urban forest at Lahore the other day, while Mangroves drive in Balochistan, Lasbela and drone tree plantation drive at Lal Sohnara were to be launched on Tuesday and Wednesday, respectively.

He said with an increase of 300 per cent mangroves cover in the last decade, Pakistan had become the only country in the world where its forests were growing at a fast pace.

A large number of green jobs were also being created in those areas where locals were hired to protect and nurture those forests.

The vision “Plant for Pakistan” will help improving agriculture, water reservoirs, food security, and health sectors, the provincial minister expressed while planting trees along Multan-Sukkur Motorway, at Shershah Inter-change. In the future, Pakistan will emerge as an environment-friendly country at the global level. He however lamented that environmental imbalance and pollution increased significantly in the region which aggravated health issues and provision of safe drinking water.

He urged people to take part in plantation campaigns actively in order to provide a neat and clean environment to coming generations. The officials briefed the minister about the campaign and informed him that over 400,000 trees would be planted along Multan-Sukkur Motorway. Similarly, ornamental and shady trees would also be installed at Service and Rest areas. A proper mechanism has been evolved to monitor plants regularly.

Talking to a private news channel she said, the PTI government presented clear viewpoint on national and regional security issues at the United Nations and other international fora.

Pakistan has rendered matchless sacrifices in war against terror and the international community should acknowledge it, she said. “We always desired peace in the region and would not engage in anything threatening peace in the country and region,” she said.

She said today’s world was facing challenges like hybrid warfare and malicious propaganda and the government through concerted efforts thwarted bids to malign Pakistan.

Zartaj Gull criticized Pakistan Muslim Nawaz (PML-N) for developing relations with enemies of the country and whole of the party was vying that Nawaz Sharif keeps playing politics from abroad and do not face the courts that have declared him an absconder.

Replying to a question about Covid-19 situation she praised the NCOC for making significant policies and dealing with the situation in a better way.