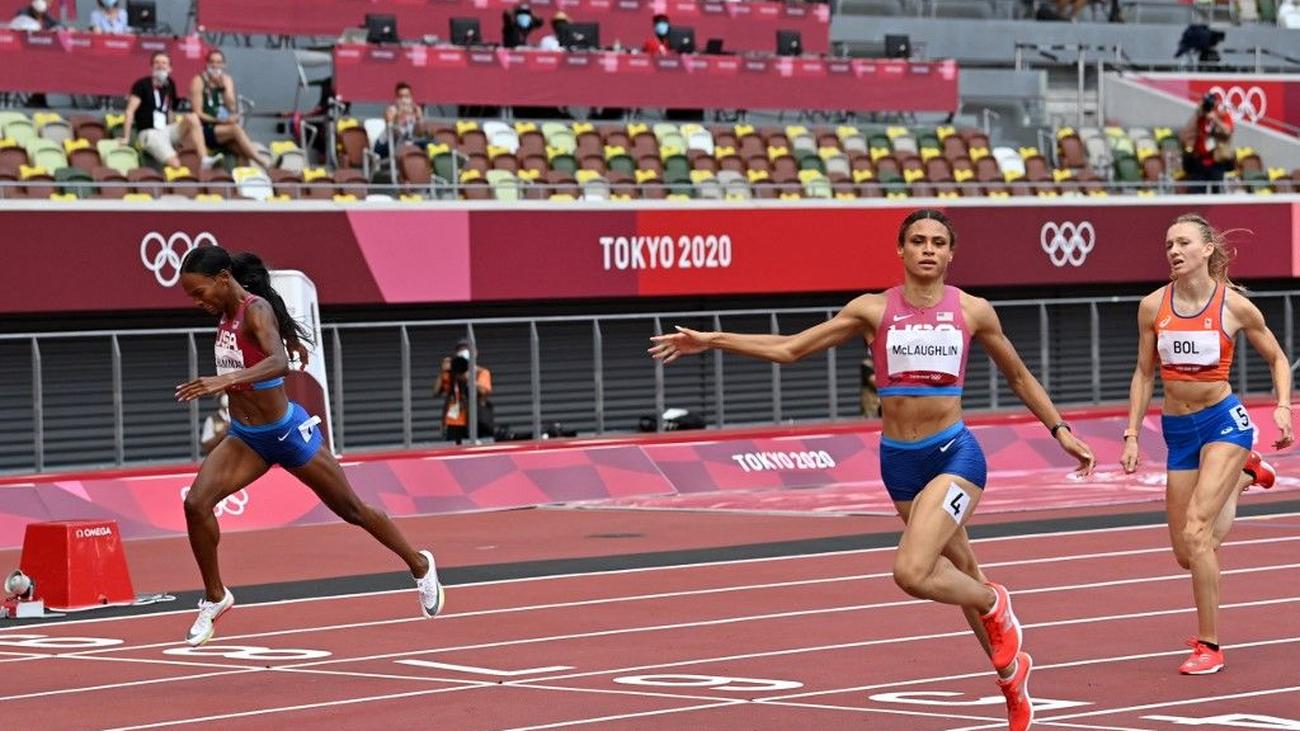 Sydney McLaughlin of the United States smashed her own world record as she stormed to victory in the Olympic women’s 400m hurdles final on Wednesday.

McLaughlin powered home in 51.46sec, with world champion and 2016 Olympic gold medallist Dalilah Muhammad claiming silver in 51.58. Femke Bol of the Netherlands took bronze in 52.03. The 21-year-old McLaughlin’s blistering time bettered her world record set at the US trials in Oregon in June, when she ran 51.90sec. Muhammad, 31, also ducked inside the old world record, with Bol just outside the 52-second barrier.

McLaughlin’s victory came after a superb tactical race which saw 2016 champion Muhammad make a flying start in the lane outside her compatriot and rival. Muhammad led coming off the final hurdle but McLaughlin produced a late burst of speed to claim a first gold medal. The win came a day after the men’s 400m hurdles race saw an epic duel between Karsten Warholm and Rai Benjamin, which ended with Norway’s Warholm winning in another world record.