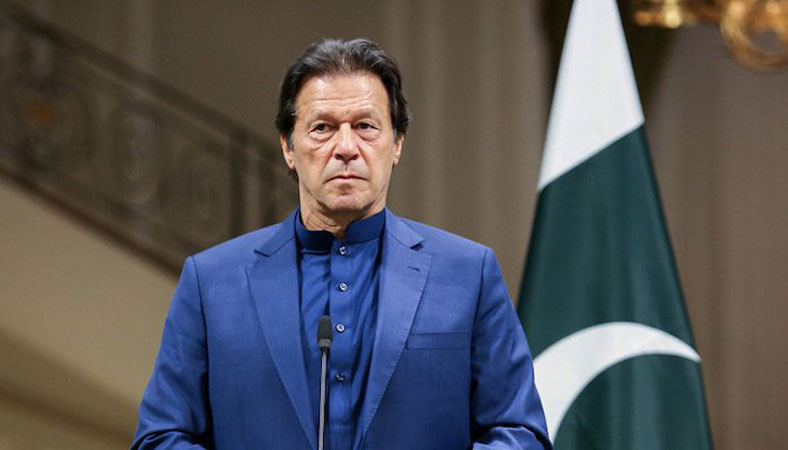 Prime Minster Imran Khan Tuesday said that Palestine and Jammu & Kashmir disputes were among the principal root causes of disaffection in the Muslim world.

He called for solidarity among the Muslim ummah to support the Palestinian and Kashmir causes and stressed the imperative to resolve these long-standing disputes in accordance with the resolutions of the UN Security Council and Organization of Islamic Cooperation (OIC).

The prime minister was talking to a delegation of the Arab Parliament, headed by its President Adel Bin Abdul Rahman Al Asoomi that called on him, PM office media wing said in a press release. The prime minister also called on Muslim countries to act collectively to counter growing Islamophobia, evident in different parts of the world. He extended a warm welcome to the president of the Arab Parliament and the accompanying delegation.

While mentioning the historic bonds between the peoples of the Arab world and Pakistan, the prime minister emphasized the importance attached by Pakistan to peace, stability and prosperity in the Middle East region. He also shared with the delegation his vision of a transformed Pakistan. He said that Pakistan’s economic security paradigm centered on the three pillars of peace, development partnerships and connectivity.

The president of the Arab parliament thanked the prime minister for receiving the delegation. He appreciated the role Pakistan had played in support of the Muslim causes, including Palestine. He also called for a unanimous approach to deal with the regional and global challenges confronting the Muslim Ummah.

Prime Minister Imran Khan on Tuesday directed the administration of 22 high-risk districts of polio cases to take emergency steps for eradication of the crippling disease.

Chairing a virtual meeting of provincial chief secretaries and deputy commissioners for control of polio, the prime minister urged them to take full advantage of the reduced number of cases reported in the country and work towards its complete elimination.

The meeting was attended by Special Assistants to the Prime Minister Dr. Faisal Sultan, Dr. Shahbaz Gill and other senior officers.

The Prime Minister was informed that no polio case was reported in the last six months across the country. Also, only 14 of environmental samples were found positive, which recorded a 56 increase compared to last year.