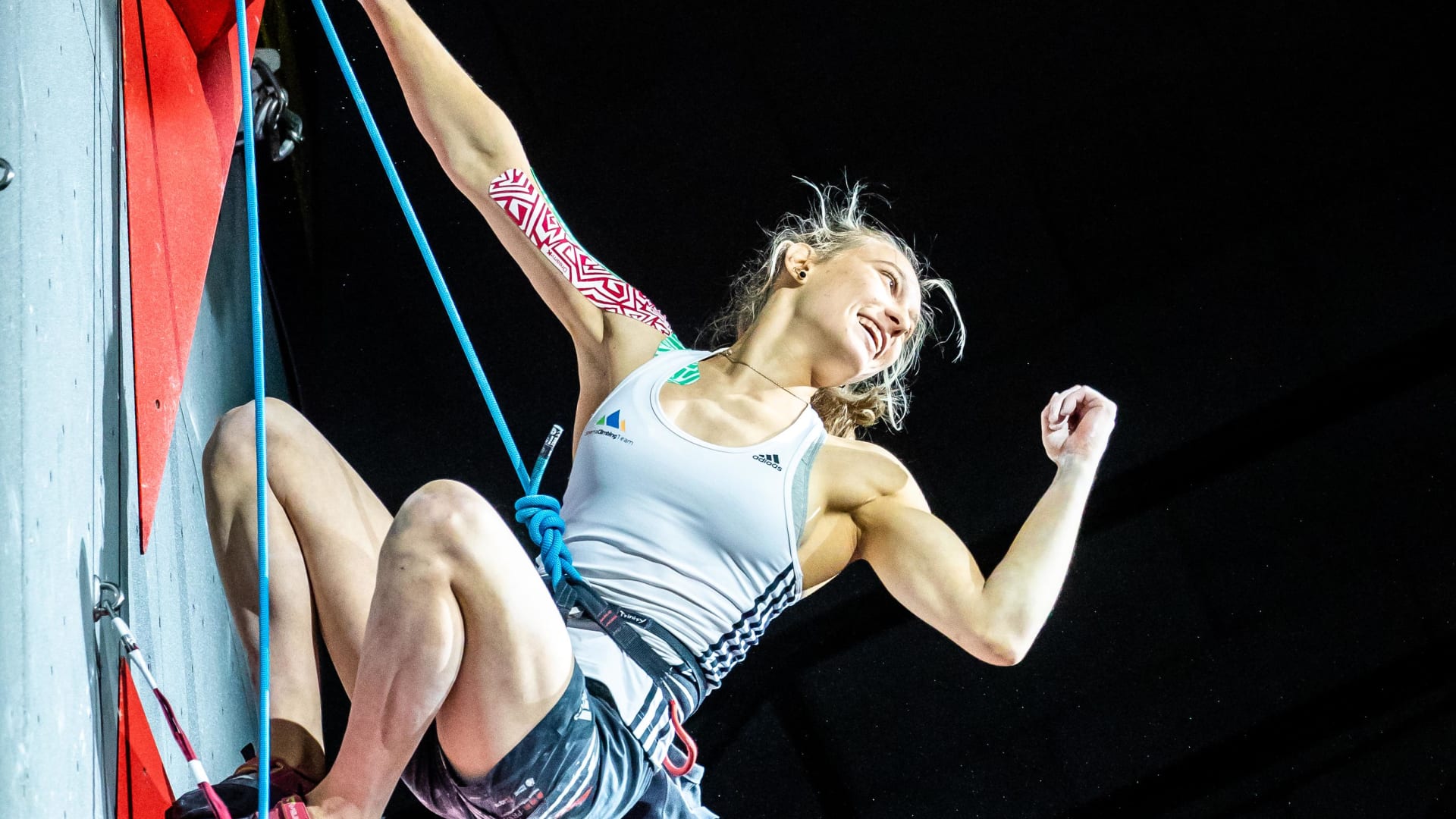 The twice combined world champion starts as the women’s favourite in Tokyo, where 20 men and 20 women will compete for the overall titles over three disciplines — speed, lead and bouldering. The 22-year-old Garnbret is almost unrivalled in lead climbing, where athletes clip hooks along the face of a 15-metre (50 feet) wall and try to climb as high as they can. Her parents signed her up to a climbing gym when they found her scaling anything she could as a child. She entered her first competition aged eight.

Now she’s in Tokyo ready to compete for the sport’s first Olympic gold, and she sounded a warning to her rivals after a training session. “I’ve been training for this for two years so I have to feel confident in what I did,” she said. “I feel actually very relaxed. I’m not even nervous because I think what is done is done. “I believe I did a good training, so now I just have to transfer that from the training to the competition to the walls.”

Japan’s Akiyo Noguchi, 32 is likely to be Garnbret’s biggest rival in Tokyo, in her one and only shot at Olympic glory before she retires. Leading the charge in the men’s competition will be the Czech Republic’s Adam Ondra, a superstar of the sport. The 28-year-old has a record 11 world championship medals and has climbed three of the world’s hardest four outdoor routes. But Japan’s Tomoa Narasaki — the 2019 overall world champion — is expected to push him all the way. “For sure I feel nervous. There is lots of pressure, but I would be a psychopath if I wasn’t nervous,” said Ondra. “I think it’s going all right, it’s been good acclimatisation here in Tokyo. The venue and the climbing walls are looking great, so definitely excited.”

Speed climbing is essentially a vertical sprint to the top, while bouldering sees athletes clamber over rocks and faces without a rope, trying to “solve” the course with dramatic leaps and impressive feats of strength. The four-day competition will showcase the sport to a wider audience, with climbing included at the Tokyo Games as one of four new sports. “It’s a big step. It’s been a big dream for many years and climbing deserves to be here as a sport,” said Ondra.