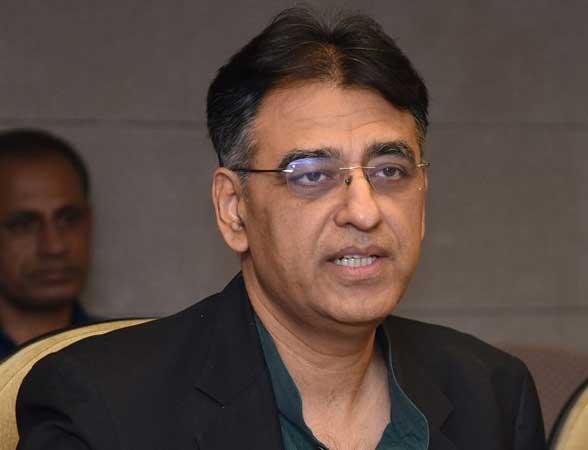 Minister for Planning, Development and Special Initiatives Asad Umar on Monday indicated that to control spread of Indian variant of Covid-19, the government might impose lockdown in selected sectors of the country’s urban centres.

The decision in this regard would be made in a meeting with Prime Minister Imran Khan on Monday (today). “We will present recommendation to the prime minister in the meeting where it would be decided that which sectors are being closed down and to what extent,” Asad Umar said while addressing a press conference here after chairing the meeting of the National Command and Operation Centre (NCOC). He was flanked by Special Assistant to Prime Minister on National Health Services Dr Faisal Sultan.

He said the situation in India, Bangladesh, Iran, Afghanistan, Indonesia and other regional countries was not good so far as spread of the disease is concerned. For last few days, over 200 people were succumbing to the delta variant of Covid-19 daily while in Indonesia; the daily death rate remained 1600 to 1700 daily East Asia situation is also not good. Therefore in order to control this variant, the minister asked the people to follow the guidelines. “The biggest weapon against the pandemic is at the hand of common people who could help stopping the pandemic by following guidelines issued by the government,” he added.

Asad Umar said vaccination was the only way to get rid of this disease and the federal government was spending Rs 200 billion on vaccination. He said Pakistan had set new daily records of vaccinations throughout the six days of this week.

The minister pointed out that the purpose of the presser was to brief that the success against COVID-19 was the centeralised effort through the forum of NCOC.

NCOC is an apolitical forum and has equal regard for all federating units, he said, adding that NCOC will continue to follow the same strategy and pattern to cope with the contagion.

Special Assistant to Prime Minister on National Health Services, Regulations, and Coordination Dr Faisal Sultan asked the citizens to strictly follow COVID-19 Standard Operating Procedures (SOPs) to prevent the disease in the wake of sudden increase in the number of infections in the country. He said that the disease expansion had caused a burden on the country’s health system as Covid cases were jumping up for the past few weeks. He said that the number of confirmed Corona cases was increasing while the rising trend was also observed in a number of critical patients admitted in hospitals across the country. He added daily reported cases figure was also high in Karachi. He said that keeping in view the disease risk the government will take effective steps to protect its citizens. He said that this time is not of any complacency rather strict compliance of SOPs.

Dr Faisal said, “COVID-19 is a deadly virus, but we can control it just as we controlled it by following the SOPs during the previous waves. We can save precious lives, including those of our near and dear ones by taking preventive measures.”

He said that the COVID-19 vaccine is very effective to protect citizens from medical complications from many virus variants. “Keeping in view the detection of new Covid-19 variants in Pakistan and raising questions about the effectiveness of vaccine process, I advise country people to go for vaccination against the virus to avoid facing more complications and hospitalization.”