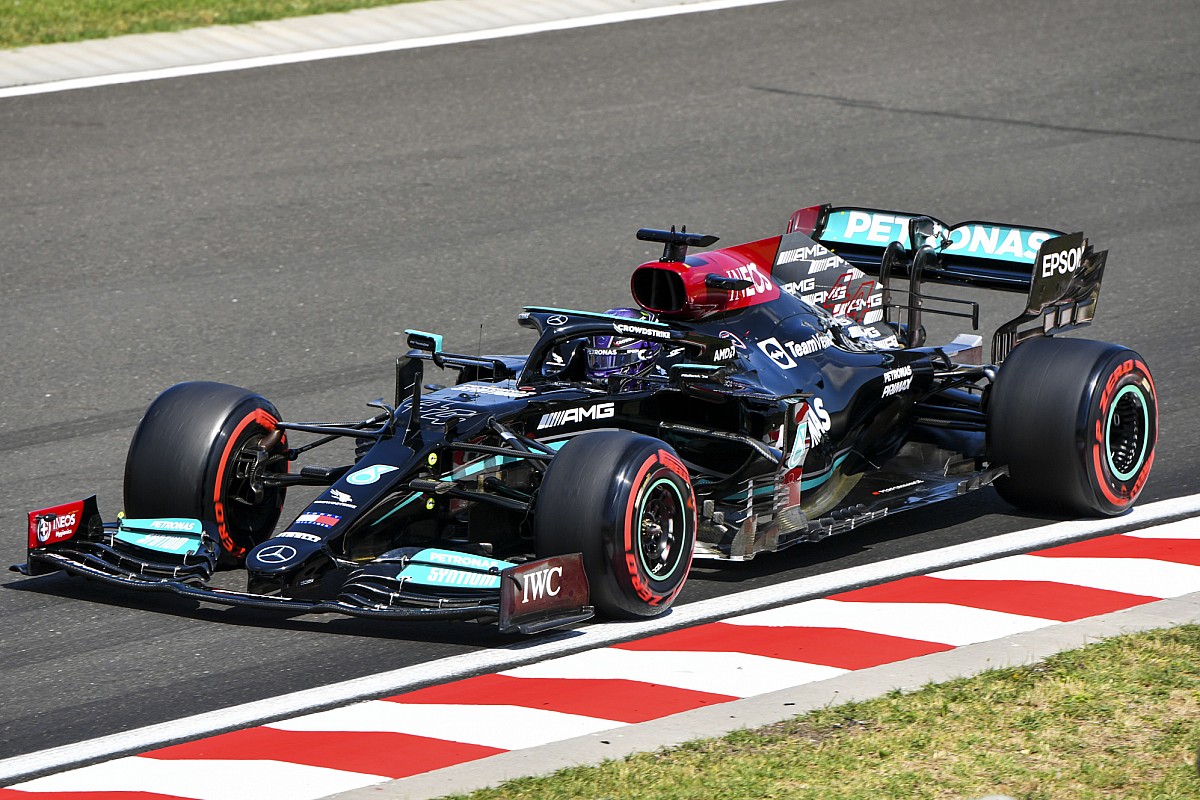 Seven-time world champion Lewis Hamilton set the fastest time in the final practice for the Hungarian Grand Prix on Saturday morning, ahead of the afternoon qualifying session.

The Mercedes driver, who is aiming for the 100th GP win of his career this weekend, was just 0.88secs quicker than title rival Max Verstappen with Hamilton’s teammate Valtteri Bottas in third, 0.229secs off the pace. Verstappen currently leads the title race, eight points ahead of Hamilton, who won the last event at Silverstone after the two collided on the first lap, resulting in a heavy crash for the Red Bull driver and a heightening of tensions between the teams. Ferrari’s Carlos Sainz and Charles Leclerc bounced back from some tepid performances on Friday to finish fourth and fifth on a course that is often compared with the tight lanes of Monaco, which has traditionally suited them. McLaren’s Lando Norris was sixth ahead of the second Red Bull of Sergio Perez, with Daniel Ricciardo in the other McLaren, Alpine’s Fernando Alonso and Aston Martin’s Lance Stroll completing the top 10.

It was an unhappy morning for Mick Schumacher, though, who suffered a heavy crash in his Haas on Turn 11 which may keep him out of qualifying which begins at 1300 GMT.