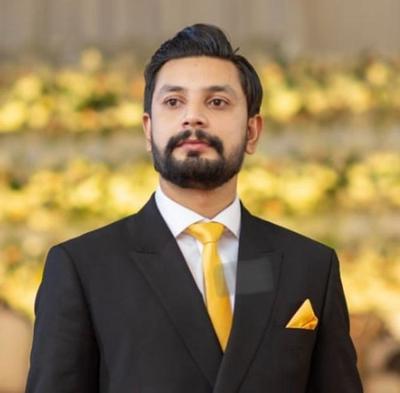 What is the procedure for the recruitment of a High court Judge? Why the vacancy for the post of superior court judge is not advertised? The process of pick and choose of names for appointments to the post of judges in high courts is creating a specific perception among the parliamentarians.

The lawmakers believe that public announcements of the job and advertisements would ensure more transparency in the process of appointments. Not only this, but the advertisements would also produce opportunities for deserving and seasoned officers of the court, the legal fraternity.

Member of National Assembly from ruling Pakistan Tehreek-e-Insaf (PTI) Riaz Fatiana, who is chairperson of the parliamentary committee for Law and Justice, had floated the idea of advertising vacancies.

The criteria that a lawyer must have ten years experience of practice in the high court for the appointment against the post of the additional judge is too old to carry on, subsequently the institution and general public would start witnessing brain-drain as the young graduates from foreign are least interested to become a judge because of hegemony.

Further, the Parliamentary Committee on the Appointment of Judges deliberates upon the recommendations of JCP. However, the committee has become a rubber stamp with the passage of the 19th Constitutional Amendment as well as a May 2011 verdict of the apex court.

The very first step of initiation is repugnant to the essence of transparency. The Pakistan Bar Council grants licenses of practice only after the candidates secure a satisfactory score in the Law-Gat test.

But the ‘judicial-elite’ is more concerned in case of application of the same process for the appointments of judges.

In May 2011, the Supreme Court in the Munir Hussain Bhatti case pronounced a verdict. The ruling was in favour of JCP as the apex court held that the parliamentary committee should give reasons for not accepting the recommendations. The apex court had held that the objections of the parliamentary committee in the absence of reasons would be considered arbitrary and unreasoned.

Likewise, the question merits to be posed whether the ruling PTI government would put the hegemony of the judicial-elite to end? Judiciary has been kind enough for PTI since 2013 as the former’s many decisions turned the political scenario of the country in favour of the latter.

Sana Ullah Khan Masti Khel, another member of the Parliamentary Committee on Law and Justice, gone a step further and levelled some serious allegations saying the blue-eyed always grab the opportunity to run superior judiciary. Mr Masti Khel says that the reason for the appointment of blue-eyed people is quite obvious as to get desired judgments.

The perception of the higher judiciary is getting worse people are now saying hire a judge rather than investing in lawyers. Parliamentarians believe few judges are not even competent enough to author a judgment.

Many parliamentarians, who were also beneficiaries of the lawyers’ movement, now question that Iftikhar Chaudhary had hired judges who were not even able to dispense justice the criteria of selection was their relationship with him. The incumbent government is not going to alter the process of appointment of judges in superior courts for two reasons.

The first is that the ruling PTI has been beneficiary of judgments of the Supreme Court, whose chief justice is also the chairman of JCP, and the second is that any change in the process of appointment judges would require a constitutional amendment as it cannot be done through an Act of Parliament. The ruling PTI is enjoying a cordial relation with the judiciary while it also has a record of passing ordinances.

This writer is an Anchor person at GTV News