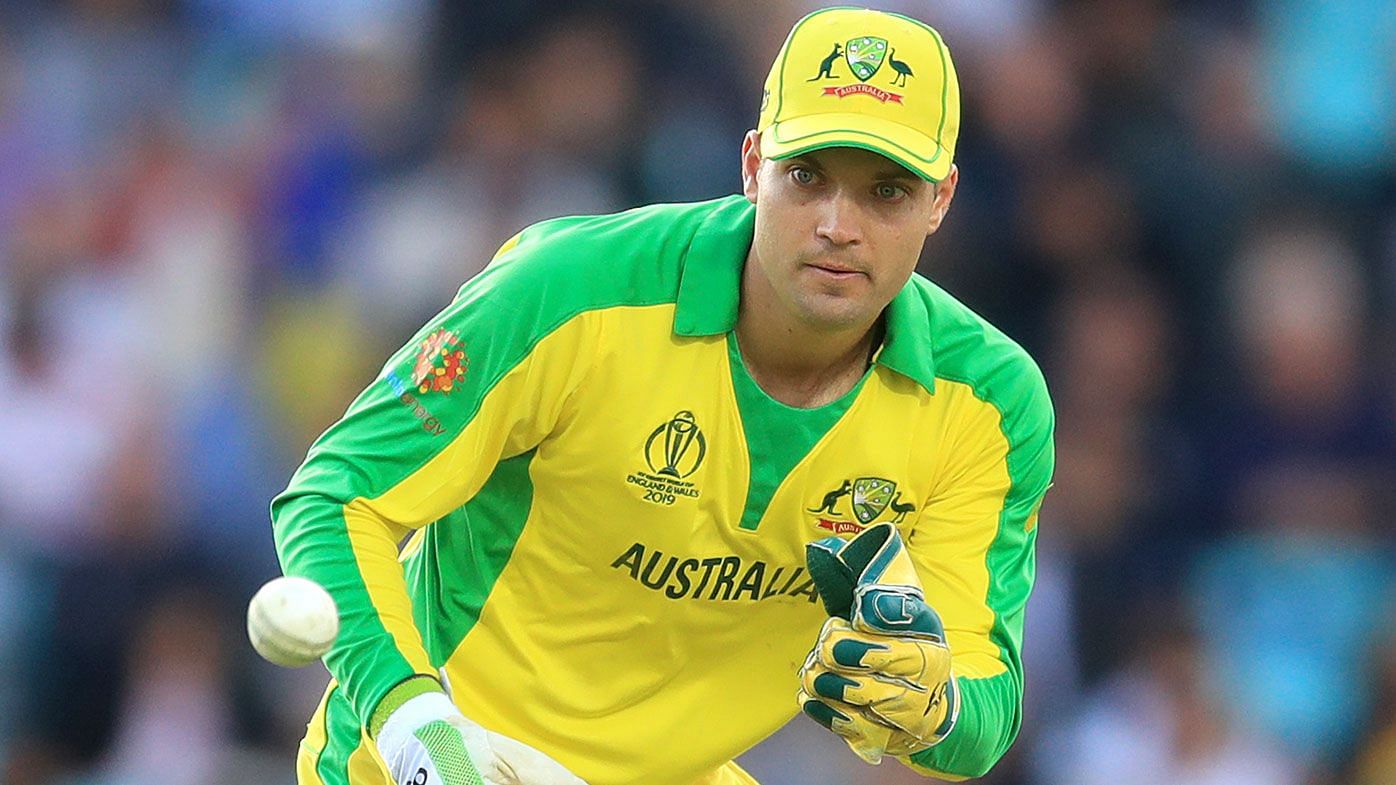 Finch hurt his knee during the three-match series’ preparations and went to Australia for treatment before the team’s six-wicket victory against their hosts in the final game in Bridgetown.

Carey oversaw a 133-run win in the first game of the series before the Australians slipped to a four-wicket loss in the second game, only to cruise to victory in the decisive third match to clinch the series.

“I thought Alex Carey’s captaincy was outstanding,” Langer said, according to The Australian.

“One of the hallmarks of Alex Carey, and he talks about it personally and we are talking about it as a team now as one of our values or what we are looking to achieve as a playing group, is calmness.

“He is so calm and you can see it in his face when he bats.”

Carey took charge of the team in the absence of a number of big-name players, including David Warner and Steve Smith, and impressed at the crease.

The 29-year-old top-scored in the first match as he hit 67 runs and chipped in with 35 runs in the series-clinching third clash between the teams.

“He is easy to work with as a captain,” said Langer.

“He’ll tick every box, he’ll make sure all his due diligence is done, he will know how his teammates are traveling, so he was great to work with.

“I loved his calmness, I loved his composure, I loved what he does on and off the field, he did a really, really good job, he is very impressive in that role.”