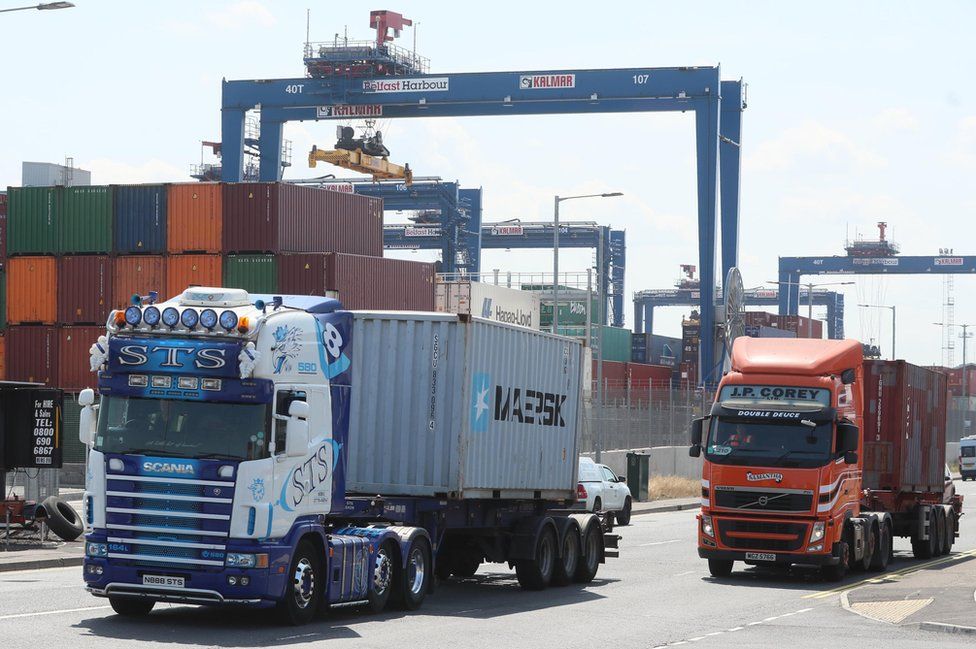 The EU said Thursday it was pausing its legal action against Britain for allegedly breaching the Brexit deal on Northern Ireland as it weighs London’s proposals to overhaul the pact.

“We want to give ourselves the space to find the durable solutions for the implementation of the protocol,” a spokeswoman for the European Commission said. “For this reason, we have indeed decided that at this stage, we will not move ahead to the next stage of the infringement procedure against the UK.” The EU launched legal proceedings against London in March after it delayed custom controls on some goods arriving in Northern Ireland from mainland Britain. British Prime Minister Boris Johnson’s government published a paper last week demanding the EU renegotiate the protocol for Northern Ireland after rioting and business disruption has plagued the province.

The arrangements were negotiated as part of the tortuous talks over the UK’s exit from the EU to avoid a hard border with Ireland, and effectively keep Northern Ireland in the bloc’s single market. The EU insists it will not renegotiate the protocol, but has said it is willing to discuss “flexibility, practical solutions and creative solutions to overcome the difficulties”. The spokeswoman for the bloc said that its pointman on the subject Maros Sefcovic would hold a phone call Thursday with Britain’s Brexit minister to discuss the issue.