Interior Minister Sheikh Rashid on Wednesday visited Gawalmandi and other city areas to inspect arrangements finalised by the administration to cope with any emergency after heavy downpours in the encatchment area of Nullah Leh.

Talking to the media, Sheikh Rashid said that the administration including Water and Sanitation Agency (WASA), Rawalpindi Municipal Corporation, Rescue-1122, Police, Army troops and other departments concerned were on high alert to deal with any situation particularly in low lying areas of the city.

He informed that the troops had also been deployed in federal capital particularly in areas adjacent to the Nullahs.

“Although the downpour has decreased, the administration is fully alert,” he said adding, in case of emergency, all available resources would be utilized to help and facilitate the citizens.

To a question, he informed that the government was going to launch the Nullah Lai project within 90 days as Prime Minister Imran Khan and Chief Minister Punjab Sardar Usman Buzdar had chaired meetings on the project and directed the authorities concerned to decrease the construction cost of the project as low as possible.

Nullah Leh had been taking the lives of the citizens, he said adding, the government wanted to launch the project as soon as possible to permanently resolve the issue and save precious lives and properties of the citizens. The minister said the living standards of the residents of the localities adjacent to Nullah Leh would be uplifted as the areas would be declared commercial and the residents would be allowed to construct multi-story buildings alongside the Leh Expressway.

The Nullah Lai project could not be launched during the last 20 years and when the project was conceived, its construction cost was Rs26 billion which had reached Rs90 billion, he added. To another question he said, Rawalpindi is the city of the colleges and universities, adding, another college for women is going to be upgraded as a women university.

He directed the authorities concerned to keep the alert system updated and timely apprise the citizens about all the situations. He directed the MD WASA to clear roads and streets and remove stagnant rainwater from all the areas within a shortest possible time frame.

Commissioner directed the officers to focus low lying areas particularly of Ratta Amral, Katrian, Tippu Road, Dhoke Naju, Gawalmandi and Zia ul Haq colony and report about all the situation should be submitted to commissioner office. 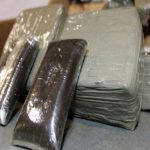