Reena Kumari Meghwar rescued, handed over to her parents 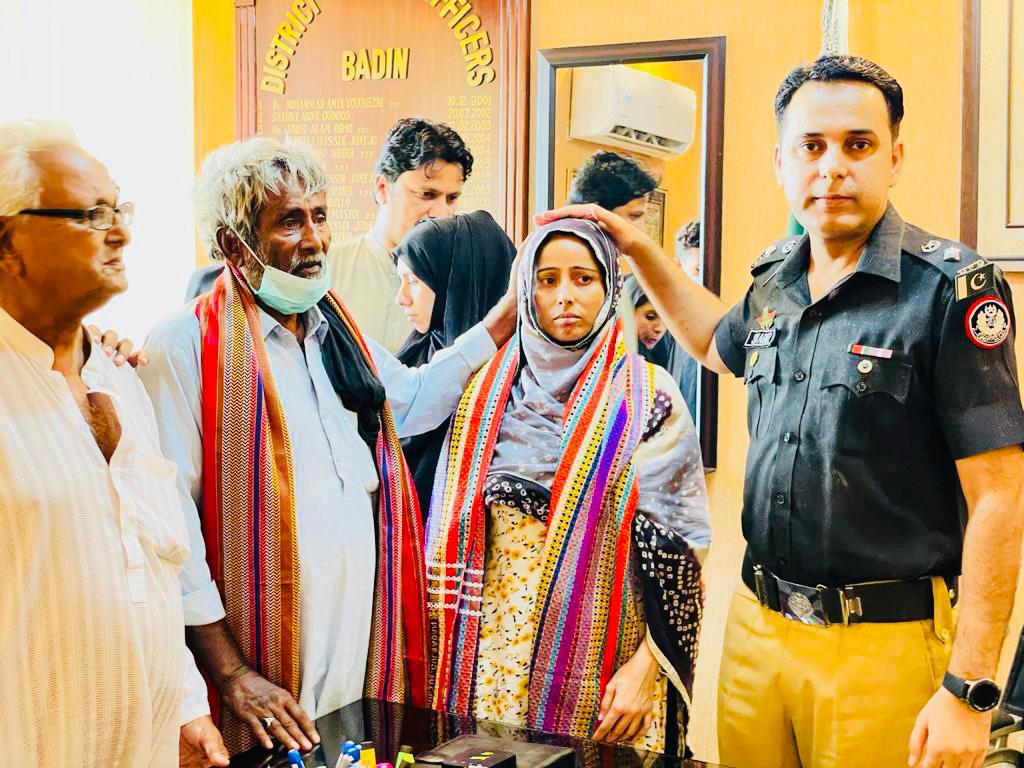 BADIN: Reena Kumari Meghwar, who had allegedly contracted free-will marriage with a Muslim man Qasim Khaskheli for some six months has been handed over to her parents. Mr Shabbir Ahmed Sethar, the SSP Badin talking to this reporter confirmed that a young Hindu girl, who was rescued by police teams from the Kario Ghanwar town area on Sunday was produced in the district and sessions court in Badin on Monday.

“The court on her request allowed her to live with her parents after she was produced in the court on Monday,” added Mr Sethar. He said that after the court orders he himself handed over the girl to his father Rano Meghwar and mother Devi Meghwar in his office. Mr Sethar said that three persons including Qasim Khaskheli along with two of his alleged accomplices who had reportedly contracted a free-will marriage had been arrested by police teams.

“The registration of an FIR under the relevant sections of Pakistan Penal Code has also been ordered as per the demand of the ‘recovered’ girl and her parents,” he said.

He said that police on his orders had tried to recover the girl twice but Reena during her production in the courts had claimed to have contracted free-will marriage with Qasim Khaskheli and the courts had allowed her to live with her alleged spouse. He said that he had also directed the police officials to provide police protection to Ms Reena and her parents.

Ms Reena along with her parents talking to the media persons claimed she after converting to Islam, had married Qasim Khaskheli after she was lured by him and some of his other relatives. ” I was continuously tortured and abused by Qasim and his relatives so much so that I also tried to commit suicide” she added and said that she had decided to live with her parents. He claimed that she had recorded the statements in the courts first in Sindh High Court in Hyderabad and then in district and sessions courts in Badin under duress and pressure by her alleged kidnappers. Qasim Khaskheli again claimed that they had contracted the free-will marriage in the court after he had converted and claimed some influential persons under a conspiracy got them separated by misguiding his wife and her parents.