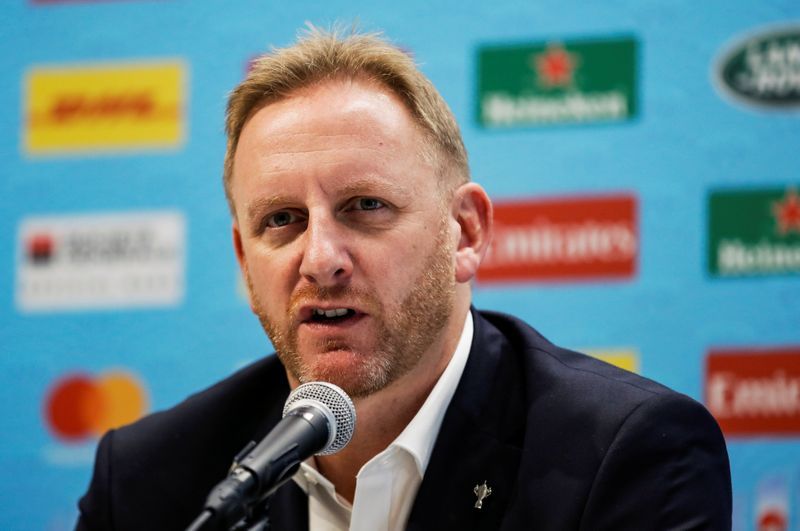 World Rugby considers Japan to be at “rugby’s top table” and are hoping for news later this year on which tournament the top Asian nation will slot into after the 2023 Rugby World Cup, according to chief executive officer Alan Gilpin.

Japan have shown interest in being included in the Rugby Championship, the southern hemisphere’s tier one tournament that features world champions South Africa, New Zealand, Argentina and Australia. But the Covid-19 pandemic that hit after the 2019 Rugby World Cup hosted by Japan has not helped accelerate any concrete decision, at least in public. “There’s no doubt Japan is at rugby’s top table,” Gilpin said at the Olympic men’s rugby sevens tournament.

Japan reached the quarter-finals of the 2019 World Cup, going unbeaten in pool play with victories over Ireland, Scotland, Samoa and Russia before losing to eventual winners South Africa. “We’re working fairly hard behind the scene on the global calendar with all the different stakeholders involved and Japan feature really highly in that in terms of post-Rugby World Cup 2023, where they can fit in to those established competitions,” Gilpin said.

“I think there’ll be more news on that hopefully later in the year.” Gilpin said he regretted Japan had not had the opportunity to capitalise on the “fantastic success”  of the World Cup. “It’s been such a shame for Japan and Japanese rugby that they haven’t had the opportunity in the last 18 months to really continue that journey, although (they had) some really good showings against the British and Irish Lions and Ireland recently.”

The key to Japan’s continued success was to ensure they can “continue to have quality fixtures, certainty of competition and a real pathway going forward”. “The lack of rugby being played in Japan in the last 18 months is not the legacy any of us were planning for,” Gilpin added. “Notwithstanding that, what we know we have as a legacy is more people playing rugby in Japan, more interest in rugby in Japan… We’ll see that legacy really build from now.”

Turning to the pandemic-delayed Olympics, where the high-octane, abbreviated game of sevens is making its second appearance after debuting in Rio in 2016, Gilpin admitted it had been a “uniquely challenging journey for everybody involved”. “Rugby’s inclusion in the Olympic Games has certainly had a profound effect on the advancement of our sport,” he said. But the sport of sevens is facing its own problems, with federations cutting national progammes and players’ contracts amid budget constraints. Dan Libby, playing for a combined British team in Tokyo, has called the last 12 months “the most difficult year of my life” as coronavirus-enforced lockdowns combined with contractual uncertainty for England’s sevens squad. “Who knows what is going to happen after this? I do know that we’re treating every game as our last,” Libby said.

Gilpin said the difficulties sevens has experienced had been shared by many sports at the Tokyo Games. World Rugby was working “to re-imagine what the future of sevens is” and “make sure the Sevens Series, going forward, is as financially and, from a game perspective, sustainable as it can be”, he said. In reference to the Sevens Series, which for 2021 has been reduced to six tournaments — two in Canada and one each in Singapore, Hong Kong, Dubai and Cape Town — Gilpin said: “We’re confident we can make (it) happen later this year… we’ve just got to continue to work with all those different stakeholders.”