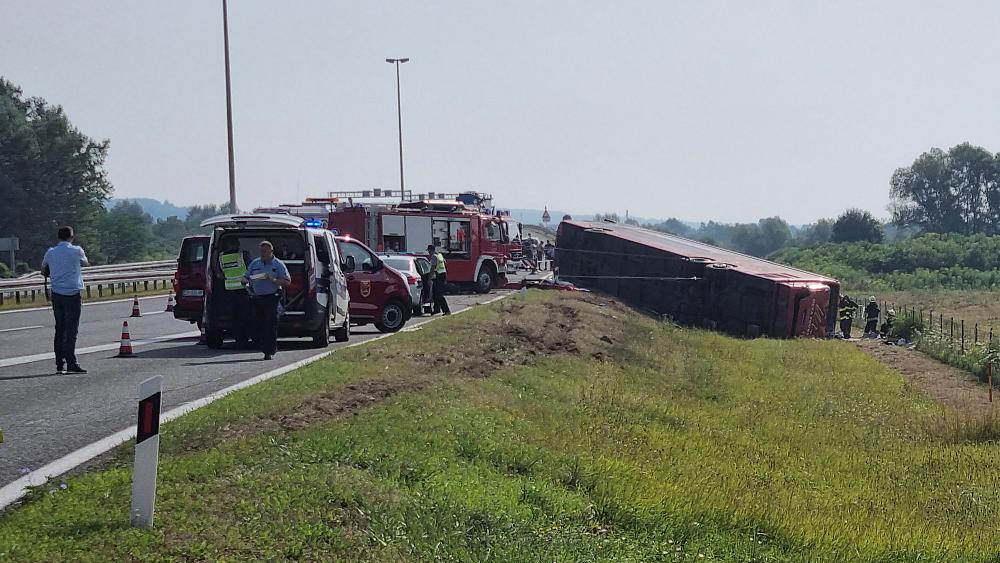 At least ten people were killed and dozens of others were injured on Sunday when a bus slipped off the highway in eastern Croatia, police said.

The passengers were travelling on a regular bus line between the German city of Frankfurt and the Kosovo capital Pristina, a police official told reporters. The injured were hospitalised in the eastern town of Slavonski Brod close to where the crash occurred, a police statement said. A total of 45 people were admitted to a Slavonski brod hospital including eight who sustained serious injuries, its head Josip Samardzic said. There were no immediate details on the ages or nationalities of the passengers or the possible cause of the accident. The bus had Kosovo license plates.