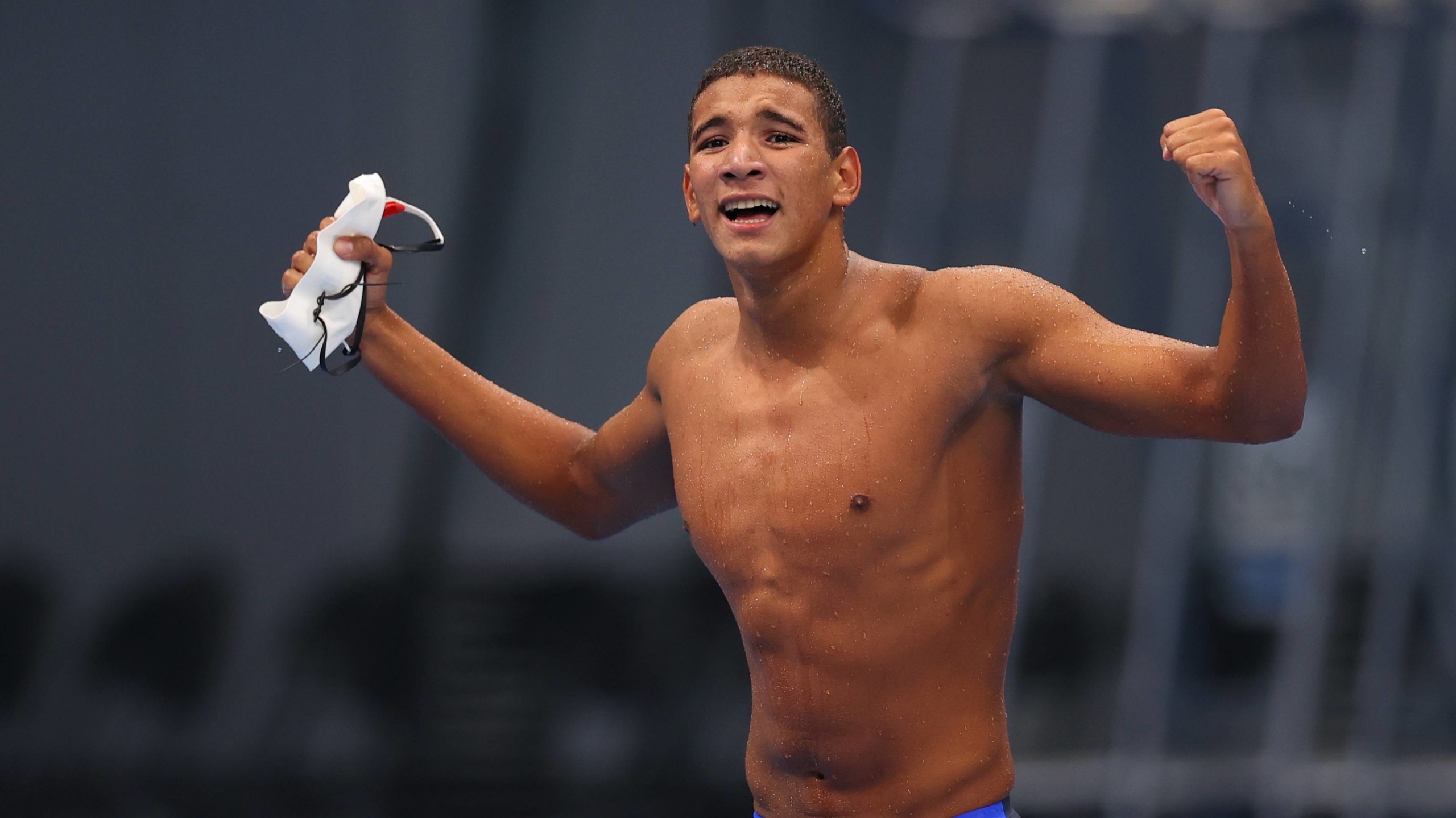 Tunisian teenager Ahmed Hafnaoui said he was as surprised as anyone after producing a huge upset on Sunday to win 400 metre freestyle gold.

The 18-year-old only scraped into the final after posting the eighth fastest time in qualifying but he delivered a sizzling last 50m to touch in 3:43.36. It was almost three seconds faster than his previous best before Tokyo and 2.32sec quicker than his performance in the heats. Hafnaoui overhauled Australian Jack McLoughlin (3:43.52), who claimed silver, and US swimmer Kieran Smith (3:43.94), who took bronze at the Aquatics Center. “Of course, I surprised myself,” said Hafnaoui. “It’s unbelievable. I couldn’t believe it until I touched the wall and saw I was first.” Hafnaoui’s gold medal is only the third ever won by Tunisia in Olympic swimming and the country’s fifth Olympic gold in all sports.

As he stood on the podium, an emotional Hafnaoui was unable to hold back the tears. “I was in tears when I saw the flag of my country being raised and I heard the anthem,” he said. “I felt so proud.” Asked what his message was, the teenager said: “I dedicate this to all the Tunisian people. You have a champ now. I’m so happy to have a gold medal, just be proud of me, and that’s all.” Hafnaoui started swimming in Tunisia aged six when his father Mohamed, a former member of the national basketball team, enrolled him in a local club.

Three years ago, in the same event, Hafnaoui finished eighth at the Youth Olympics in Buenos Aires. He said in 2019 he was targeting a senior Olympic gold in Paris in 2024. “I just can’t believe it, it’s amazing. I felt better in the water this morning than yesterday and that’s it. I’m the Olympic champion now,” he said. “I just put my head in the water and that’s it. I just can’t believe it. It’s a dream come true.” Australia’s Elijah Winnington led through 100m but McLoughlin hauled him in by the 200m mark and looked destined for gold until Hafnaoui’s surge to the finish out in lane eight. McLoughlin was asked if he was surprised by Hafnaoui’s stunning performance. “A little bit,” he said. “It’s the Olympic Games. You see all these predictions but anything can happen. Ahmed coming out and doing a huge PB that’s amazing and credit to him.

“Anything can happen and you have these stories out there and Ahmed is one of those stories now.”