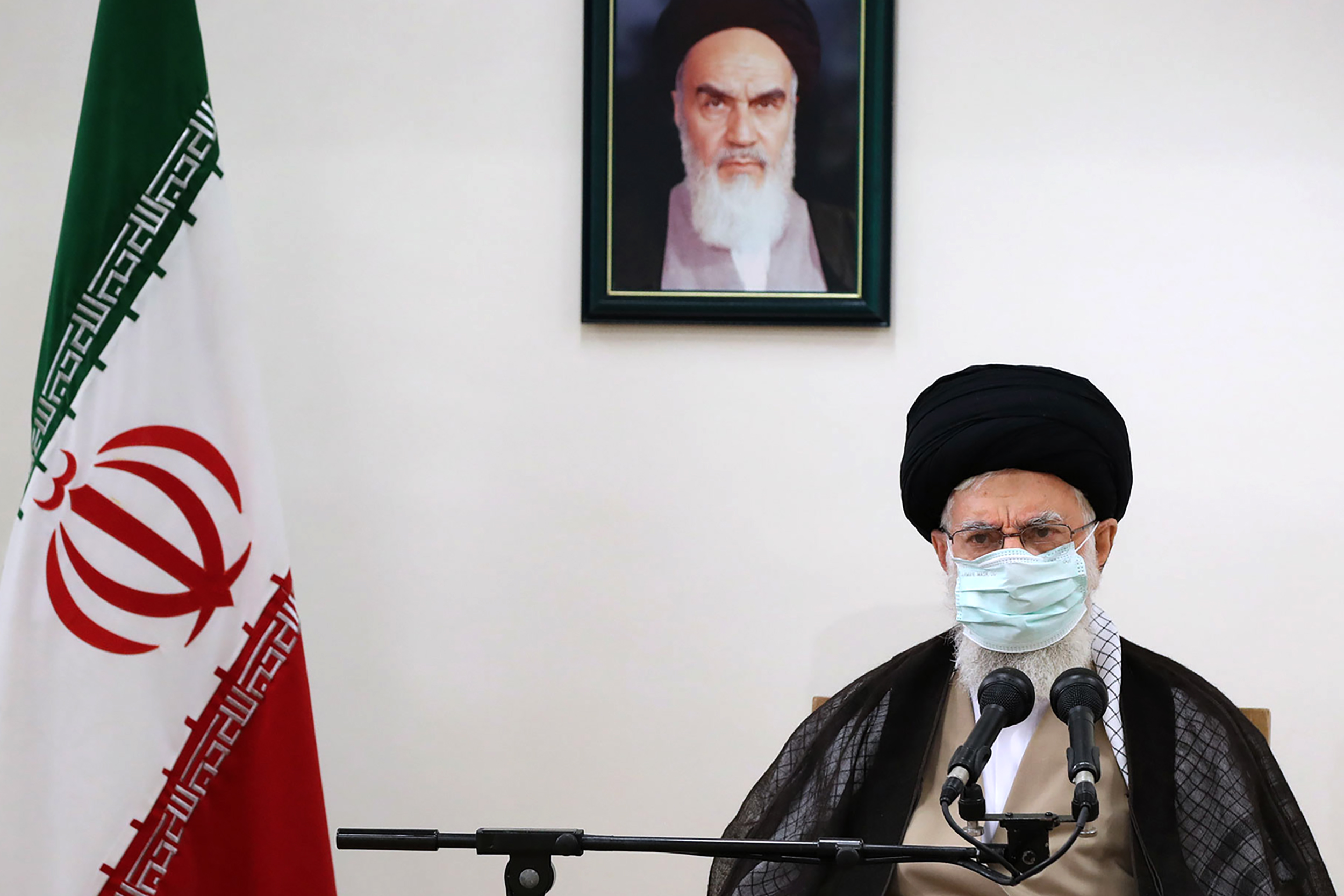 Iran’s supreme leader Ayatollah Ali Khamenei on Friday warned residents of the drought-hit southwest not to give ammunition to the “enemy”, after days of protests that have seen at least four killed.

Khuzestan, Iran’s main oil-producing region and the wealthiest of the country’s 31 provinces, has been gripped by drought since March, with protests erupting in several towns and cities since July 15. Khamenei acknowledged the seriousness of the water problem and said residents of Khuzestan were not to blame for expressing their discontent, but he urged them to be cautious. “The enemy will try to use any tool against the revolution, the nation and the people’s interests, so we must be careful not to give him any pretext,” Khamenei said, in remarks published on his official website.

Addressing residents of Khuzestan, he added: “The people have expressed their discontent, but we can’t criticise them for that.” “The water problem is not a minor one, particularly in Khuzestan’s hot climate.” Iranian media and officials have said at least three people have been killed, including a police officer and a protester, accusing “opportunists” and “rioters” of shooting at demonstrators and security forces. State television said Friday a fourth person was killed the previous night and two wounded during “rioting” in the town of Aligudarz, in the western province of Lorestan.

It said people had taken to the streets “on the pretext of the water problems in Khuzestan”. “Shots were fired by unknown elements,” the broadcaster said, adding that the security forces were deployed to tackle the situation. It was the first time local media had reported protests or casualties outside Khuzestan since the water protests broke out last week. Farsi-language media based abroad have broadcast videos they said were of protests in several towns and cities in Khuzestan, showing hundreds of people marching and chanting slogans against the authorities while surrounded by anti-riot police. AFP could not verify the authenticity of the videos. Global rights watchdogs Amnesty International and Human Rights Watch meanwhile alleged that Iranian security forces have used unlawful and excessive force to quell the protests in Khuzestan.

Amnesty said Friday at least eight protesters and bystanders, including a teenage boy, have been killed in the unrest. Khuzestan is home to a large Arab minority, and its people regularly complain of marginalisation. In 2019, the province was a hotspot of anti-government protests that also shook other areas of Iran. Over the years, blistering summer heatwaves and seasonal sandstorms blowing in from Saudi Arabia and neighbouring Iraq have dried up Khuzestan’s once fertile plains. Scientists say climate change amplifies droughts.

UN rights chief Michelle Bachelet on Friday told Iran to address the chronic water shortage in the province instead of cracking down on protesters. “Shooting and arresting people will simply add to the anger and desperation,” she said, adding that the “catastrophic” situation had been building up for many years. The day before, President Hassan Rouhani said in a televised speech that residents of Khuzestan had “the right to speak, express themselves, protest and even take to the streets, within the framework of the regulations”.

The United States, the historic adversary of the Islamic republic, said Iranians should be able to express grievances “without fear of violence or arbitrary detention.” “Years of government neglect and mismanagement of water resources have exacerbated the worst drought Iran has faced in at least 50 years,” State Department spokeswoman Jalina Porter told reporters. “The Iranian people have a right to freely voice their frustrations and hold their government accountable,” she said.

Admiral Ali Shamkhani, secretary-general of Iran’s Supreme National Security Council, said the security forces had been ordered “to immediately release those detained during the recent incidents in Khuzestan who had not committed a criminal act”. Referring to Khuzestan’s population, he tweeted Friday that “to feel discriminated against is more painful than droughts and water shortages”. Amnesty International said Iranian security forces “have deployed unlawful force, including by firing live ammunition and birdshot, to crush mostly peaceful protests”.