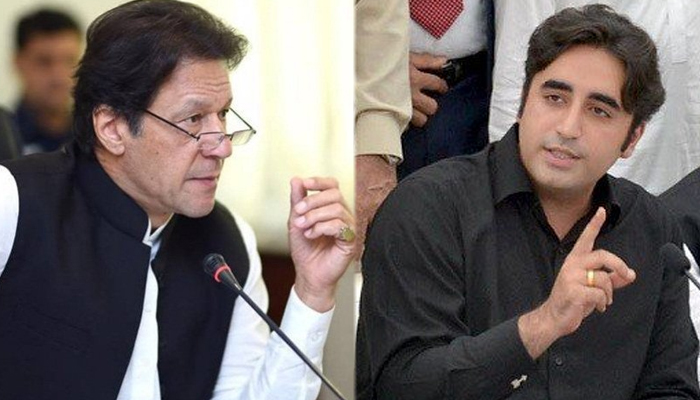 ISLAMABAD: Prime Minister Imran Khan and PPP chairperson Bilawal Bhutto Zardari will address public gatherings in the region of Azad Jammu and Kashmir to make their last calls to the nation prior to the July 25 polls.

PM Imran Khan will address the rallies in Tarar Khal and Kotli during his one-day visit to the region where he will be discussing the achievements of the PTI government.

On the other hand, Bilawal will address the masses in Muzaffarabad and Bagh, while Muslim Conference chief Attique Ahmed Khan will speak at a rally in Kot.

The election for the Legislative Assembly of Azad Kashmir is scheduled for July 25. Of the 45 direct seats of the assembly, 33 are located in AJK territory and 12 in Pakistan.

Army deployment prior to elections

In order to prevent any disruption in campaigns, the Inter-Services Public Relations (ISPR) had said that the Pakistan Army would deploy troops in the AJK on “Quick Reaction Force mode” from July 22 to July 26 under Article 245 of the Constitution.

“Army has been requested by the AJK Election Commission to provide secure environment during AJK elections scheduled on July 25,” the statement issued by the ISPR had noted.