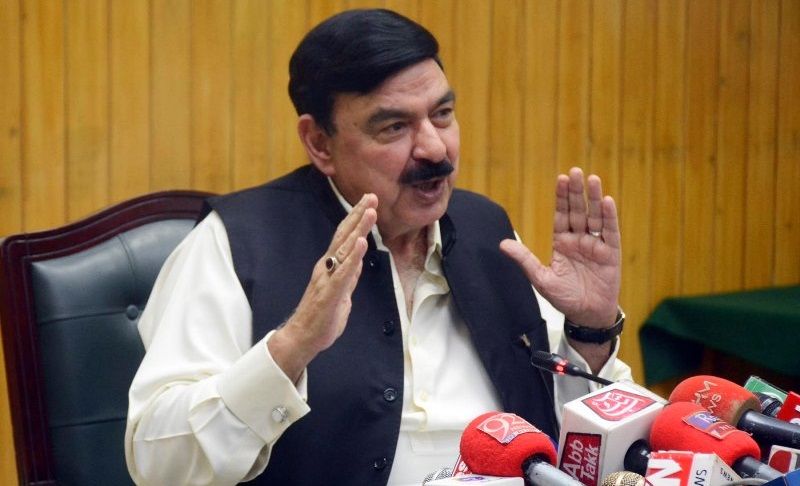 Sheikh Rasheed, while addressing a press conference said that investigations have been made into the Dasu bus tragedy and China has given a green flag to its discoveries.

Dasu tragedy happened a day before the Joint Coordination Committee (JCC) meeting, he added. The minister stated that outside forces such as India and Israel are waging conspiracies against the friendship of the two countries.

Commenting on the alleged abduction of Afghan’s envoy daughter, Interior Minister said that the envoy’s daughter went to Khadda Market and then reached Rawalpindi and Daman-e-Kooh. She kept using the internet and when she gave her phone for investigation, it was completely wiped out.

“All four taxi drivers have no criminal record and are clear,” he said and added that Islamabad has completed its investigation into the matter and hoped that daughter of the Afghan envoy Najibullah Alikhil will soon play her part in the inquiry.

Replying to a question, Sheikh Rashid said that peace and stability in Afghanistan is Pakistan’s top priority and whatever the Afghans will decide will be endorsed by Pakistan.

On upcoming elections in Azad Jammu and Kashmir, Rasheed claimed that Pakistan Tehreek-e-Insaf (PTI) will sweep the polls and the false narrative of Maryam Nawaz would be exposed.