* Expressing his views online from Islamabad on the occasion, scholar and poet Iftikhar Arif said, Shamsur Rehman was such a great critic of our time that we do not even know it 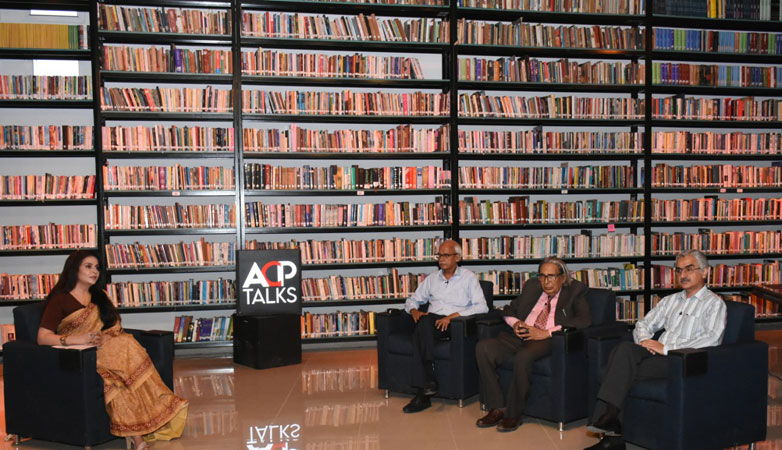 An online session was organised at the Arts Council of Pakistan Karachi’s Joshmlihabadi Library in memory of Indian Urdu critic, theorist and poet Shamsur Rehman Farooqi.

Moderated by Ambreen Haseeb Amber chairperson of the literary committee of the Arts Council.

Expressing his views online from Islamabad on the occasion scholar and poet Iftikhar Arif said, Shams-ur-Rehman was such a great critic of our time that we do not even know it. Shams-ur-Rehman’s death is a great loss to Urdu literature and our civilization. My eyes get wet when I recall Farooqi’s memories, I pray for the departed soul.

Remembering the demise of soul prof. Sahar Ansari said Farooqi was a versatile person; he was truly an institution in himself. He was an expert in continuous work.

Remembering his demise, Professor Sahar Ansari said Farooqi was a versatile person; he was truly an institution in himself. He was an expert in continuous work

Joining in from Lahore Dr. Zia-ul-Hassan said, Arts Council and Ahmad Shah are always at the forefront in paying homage to their great litterateurs, Mr. Farooqi has been known for various references in different eras, he is known for his modernity till the end of the twentieth century, he has great work on Meer, there came a time when he became known for his stories and in the 21st century he gained the extreme popularity as a fiction writer. In his writings, Indian civilization is evident.

Speaking on the occasion scholar Mubeen Mirza said that Farooqi lived a spirited life and people are saddened over his death. He worked in various fields of literature including poetry, diction, fiction, translation, and provided an opportunity to others to understand the Urdu language and literature. “Farooqi has done a commendable job in understanding the meaning of civilization and what can be the best way to read civilization and literature together,” said Mr. Mirza

Participating in the discussion, Akhlaq Ahmed said that Shams-ur-Rehman Farooqi proved that he has both the insight of criticism and the ability of creativity. At the age of 50, Mr. Shams-ul-Rehman Farooqi started writing fiction and did a wonderful job. At 70, he wrote a novel “Kahi Chaand Thy Sar-e-Asman” which came to the fore and amazed everyone.

“I knew Farooqi personally, I got twice an opportunity to host him at LUMS. He was a thinker He used to explain difficult subjects in a simple way. His enlighten writings are an inspiration for readers and learners” said poet and educator Yasmeen Hameed.

Mehr Afshan Farooqi, daughter of Shams-ur-Rehman Farooqi, while reminiscing about her father, said he has such a temperament that he used to connect with people from generation to generation. He was not a typical conservative father, he had extraordinary intelligence, and he was always ready for literary conversation.