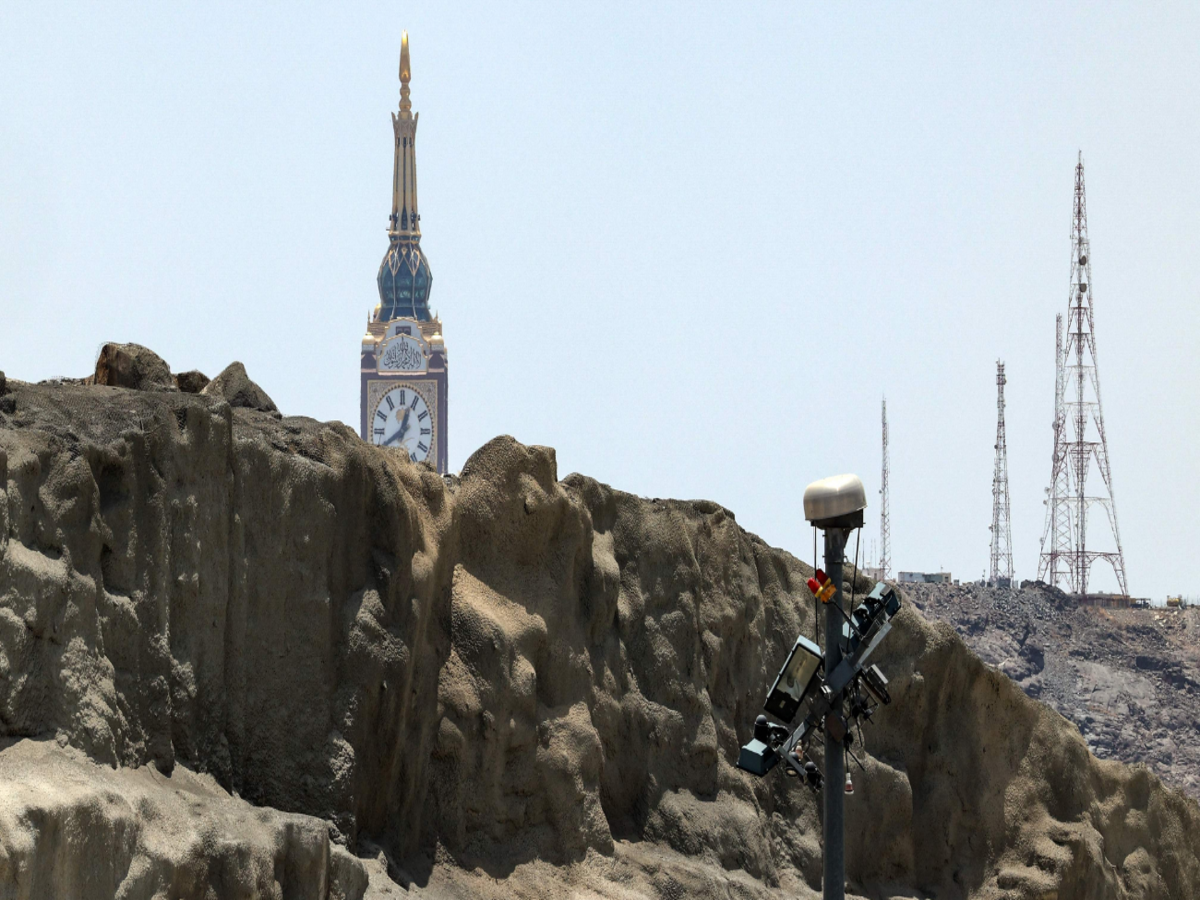 Muslim pilgrims ascended Saudi Arabia’s Mount Arafat on Monday in the high point of this year’s hajj, being held in downsized form and under coronavirus restrictions for the second year running.

Just 60,000 people, all citizens or residents of Saudi Arabia, have been selected to take part in this year’s hajj, with foreign pilgrims again barred.

The mask-clad faithful, who had spent the night at camps in the Valley of Mina, converged on Mount Arafat where it is believed the Prophet Mohammed delivered his final sermon, for the most important of the hajj rituals.

Being one of the lucky few “gives you a feeling that our God is forgiving and has chosen us to be in this place,” said Selma Mohamed Hegazi, a 45-year-old Egyptian.

“God willing, our prayers will be accepted,” she told AFP as she stood among the other emotional pilgrims, wearing the ihram, the traditional seamless white garment worn during the hajj.

“My whole body is shivering.”

After noon prayers, the worshippers, carrying water bottles and umbrellas, made their way up the 70-metre (230-foot) high hill for hours of prayers and Koran recitals to atone for their sins.

Misting devices installed by the authorities helped relieve the oppressive conditions as the pilgrims performed the rites in the glare of the Gulf summer.

After sunset they will head to Muzdalifah, halfway between Arafat and Mina, where they will sleep under the stars before performing the symbolic “stoning of the devil”.

The scene was dramatically different to past pilgrimages, which have drawn up to 2.5 million people, and this year the mountain was free of the huge crowds that descend on it in normal years.

A member of the Council of Senior Scholars, Bandar Balila, who delivered the sermon at the Namira Mosque, praised the Saudi government’s measures which he said had prevented the hajj from being “a site for the spread of disease and a focus of the epidemic”.

Authorities were intent on staging the ritual “in a healthy manner that meets the requirements of disease prevention and social distancing,” he said in the sermon that was translated into 10 languages for the benefit of the multi-national pilgrims.

Worshippers described a sense of tranquility descending on the mountain, also known as the “Mount of Mercy”.

“To be one of only 60,000 doing hajj… I feel like I am part of a (privileged) group that was able to reach this place,” said Baref Siraj, a 58-year-old Saudi national.

The hajj, one of the five pillars of Islam and a must for able-bodied Muslims with the means to travel at least once in their lifetime, is usually one of the world’s largest religious gatherings.

Hosting the pilgrimage is a matter of prestige for Saudi rulers, for whom the custodianship of Islam’s holiest sites is their most powerful source of political legitimacy.

But barring overseas pilgrims has caused deep disappointment among Muslims worldwide, who typically save for years to take part.

Participants were chosen from more than 558,000 applicants through an online vetting system, with the event confined to fully vaccinated adults aged 18-65 with no chronic illnesses.

Authorities are seeking to repeat last year’s successful event which took place on the smallest scale in modern history with just 10,000 participants, but which saw no virus outbreak.

Saudi health authorities said Sunday that not a single Covid case had been reported amongst the pilgrims this year so far.

The kingdom has recorded more than 509,000 coronavirus infections to date, including over 8,000 deaths. Some 20 million vaccine doses have been administered in the country of over 34 million people.

The hajj, which typically packs large crowds into congested religious sites, could have been a super-spreader event for the virus.

But Saudi Arabia has said it is deploying  the “highest levels of health precautions” in light of the pandemic and the emergence of new variants.

Pilgrims are being divided into groups of just 20 to restrict potential exposure, and a “smart hajj card” has been introduced to allow contact-free access to camps, hotels and the buses to ferry pilgrims around religious sites.

Black-and-white robots have been deployed to dispense bottles of sacred water from the Zamzam spring in Mecca’s Grand Mosque, built around the Kaaba, the black cubic structure towards which Muslims around the world pray.

Ibrahim Siam, a 64-year-old Egyptian pilgrim who comes from Dammam in the east of the country, said that high-tech procedures introduced to manage the hajj “have made things a lot easier”.