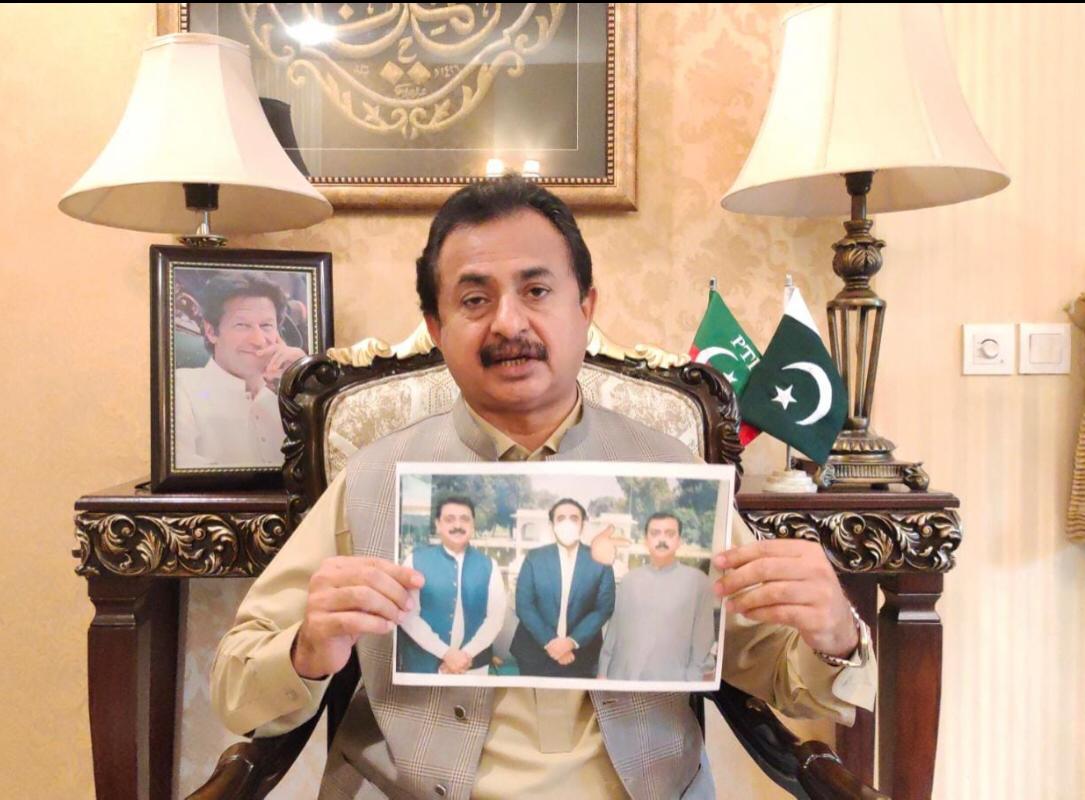 KARACHI: Haleem Adil Sheikh, the Leader of Opposition in Sindh Assembly, has said that the arrest of six cops of CIA police Jamshoro with the 65 kg of hashish by Rangers personnel from Karachi was ample enough proof that police officials under the direct patronage of Chief Minister Sindh and IG police Sindh were doing the dirty business.

Mr Sheikh, who is also central vice president of PTI, in a press statement issued here on Monday, informed that Mr Sarwar Rahupoto, the younger brother of Mr Skindar Ali Rahupoto, the PPP MNA from Jamshoro, was directly involved in that big scam.

He accused that Rahupoto himself was involved in the shifting of the contraband from Jamshoro to Karachi, but he was yet to be arrested. “This shows that CM and Bilawal Houses are run through the money being earned through such criminal acts like drug pushing,” he added and asked the PPP leaders to come up with a clear stance over the arrest and recovery of hashish by Rangers personnel from a police van.

He said that Sarwar Rahupoto had been serving as the in-charge of CIA Police in Jamshoro for past eight years and was directly involved in the drug pushing in the region “The in-charge of CIA police has often been seen hobnobbing with chief minister Sindh Syed Murad Ali Shah along with his brother MNA Sikendar Rahupoto during his official activities, and he is also photographed with PPP chairman Bilawal Bhutto Zarda number of the times” he added and asked the PPP chairman to clarify his position that what relations he had with such drug dealers. Mr Sheikh said that Sarwar Rahupoto had also been very close to PPP chairman Syed Murad Shah like his brother, MNA Sikandar Rahupoto.

The PTI leader said that the recovery of the hashish from the police van clearly indicated that police officials of Sindh under the direct patronage of their chief, Mushtaq Mehar, were not only allowing the drug pushers to roam freely in every part of the province but they were also themselves involved in the direct dealings of supplying the big consignments in the police vehicles. ” When I contacted a police officer to know about the recovery of the hashish, he said that they were investigating whether it was hashish or some type of chemical,” Mr Sheikh added and apprehended that the hashish recovered by law enforcers from police cops might be set to the same laboratory from where the bottles of wine recovered from the room of PPP MPA Sharjeel Inam Memon, turned out to be the those of honey.

He recalled that bottles of the wine recovered by the then Chief Justice of Pakistan had turned out to be that of honey. Mr Sheikh demanded the high-ups of the Anti-Narcotics Force to launch the massive crackdown in the entire province since police officials posted in most of the district were themselves involved in the lucrative business and destroying the lives of the youths of Sindh.

The PTI leader also expressed his gravest grief over the killing of Azhar Arain, from Gulistan-e-Jauhar. He said that Mr Arain was brutally shot dead in front of the family after he had raised his voice against land grabbers. Mr Sheikh said that the so-called ‘ Younis system’ was patronized by Asif Ali Zardari and Syed Murad Ali Shah. Mr Sheikh said they would pursue the murder case of Azhar Arain in the courts of law, who was fighting against the land grabbers and save the lands of the motherland.