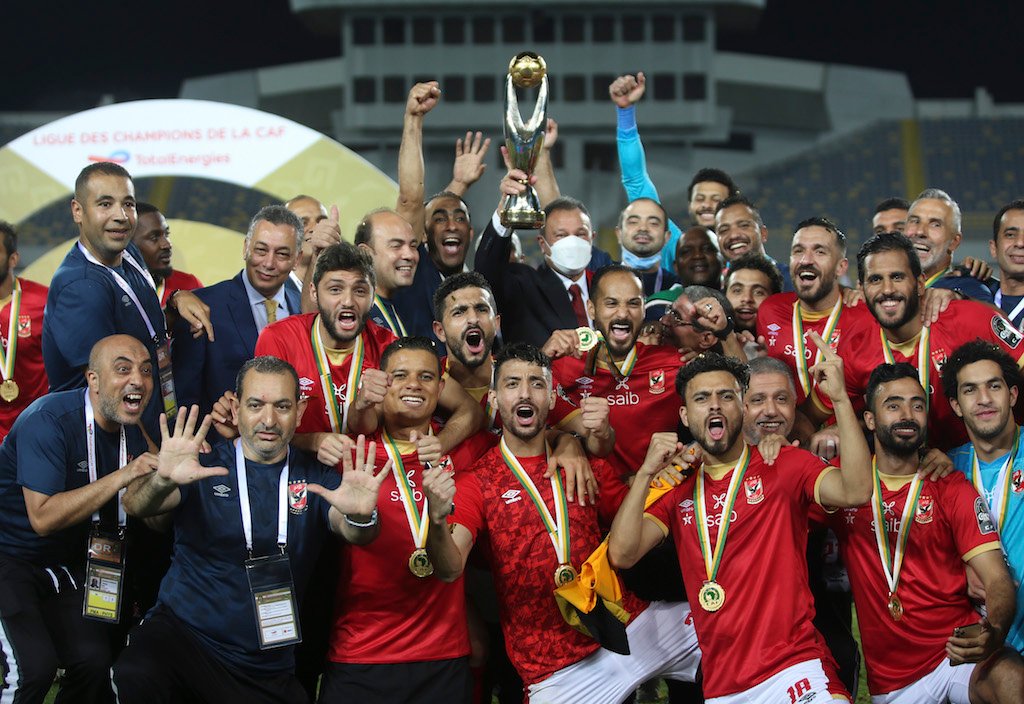 Mohamed Sherif scored his sixth goal of the competition after 53 minutes to put the Cairo Red Devils ahead at an empty Stade Mohammed V because of the coronavirus pandemic.

A brilliant goal from Mohamed ‘Afsha’ Magdy on 64 minutes left little doubt about the outcome in a disappointing finale to the marquee African club competition.

Amr el Sulaya rubbed salt into the wounds of Chiefs with a third goal on 74 minutes, slamming a back-heel past Nigerian goalkeeper Daniel Akpeyi.

Chiefs were struggling to contain Ahly late in the first half when they suffered a massive blow with the red-carding of Happy Mashiane.

The forward stamped on the right leg of full-back Ahmed Tawfik and, after initially flashing a yellow card, the Burundi referee checked the foul on a monitor and changed his decision.

It was a historic victory for Ahly, who became the first club to win back-to-back Champions League titles three times.

He succeeded in 2016 with South African club Mamelodi Sundowns, and again with Ahly last season in an all-Egyptian final against fierce rivals Zamalek.

Ahly pocket $2.5 million for winning the Champions League and are guaranteed at least another $3.5 million when they compete in the FIFA Club World Cup in Japan.

Before travelling to the Far East, the Egyptian club that have won 22 African titles will play CAF Confederation Cup winners Raja Casablanca of Morocco in a one-off match for the CAF Super Cup.

It was a bitterly disappointing first appearance in the final by Chiefs, whose lone CAF title came 21 years ago when they won the now defunct African Cup Winners Cup.

The Soweto outfit matched Ahly early on and had the lone shot on target in the opening half with an effort by Serbian forward Samir Nurkovic that Ahly goalkeeper and captain Mohamed el Shenawy comfortably saved.

Starting the second half with 10 men, Chiefs packed their defence in the hope of snatching victory through a breakaway goal or a penalty shootout.

But the resistance lasted just eight minutes before being undone by a superb pass from Tawfik that Sherif chipped over Akpeyi.