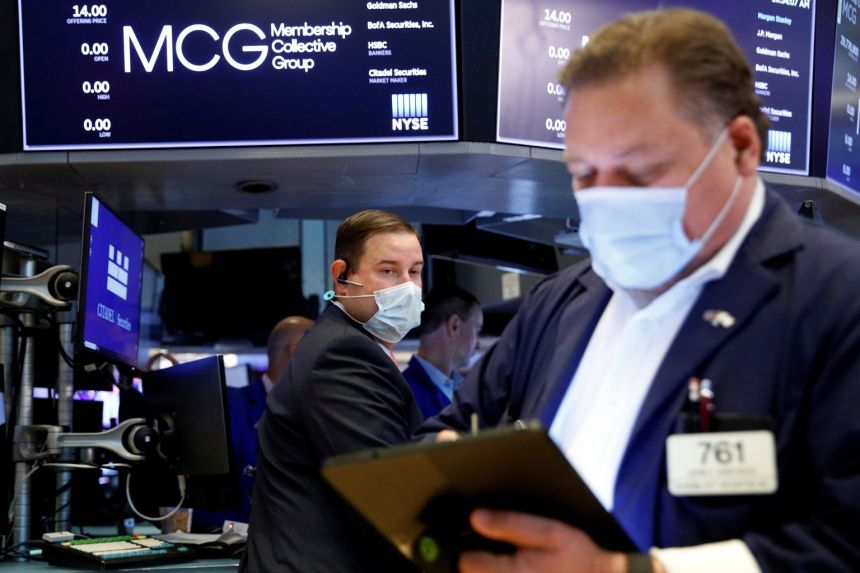 Wall Street stocks fell Friday, ending a lackluster week on a negative note amid uncertainty over the outlook for global growth and inflation.

Analysts pointed to profit taking as a factor in Friday’s session and throughout the week following records earlier in the month. The losses pushed all three major indices into the red for the week. Investors are “continuing to trim winning positions,” said Briefing.com analyst Patrick O’Hare, as investors await more clarity on the course of the economy. The broad-based S&P 500 ended down 0.8 percent at 4,327.16, taking its weekly losses to around one percent. The Dow Jones Industrial Average fell 0.9 percent to 34,687.85, while the tech-rich Nasdaq Composite Index dropped 0.8 percent to 14,427.24.

Retail sales rose 0.6 percent last month, an unexpectedly strong performance as shoppers stepped up purchases at department stores and electronics outlets as pandemic business restrictions ease. But a survey by the University of Michigan showed consumer confidence weakening, with inflation playing a role in the report that lagged expectations. Among individual companies, Dow member Intel fell 1.5 percent following a report in The Wall Street Journal that it is considering a deal to buy speciality semiconductor chip maker GlobalFoundries for about $30 billion.