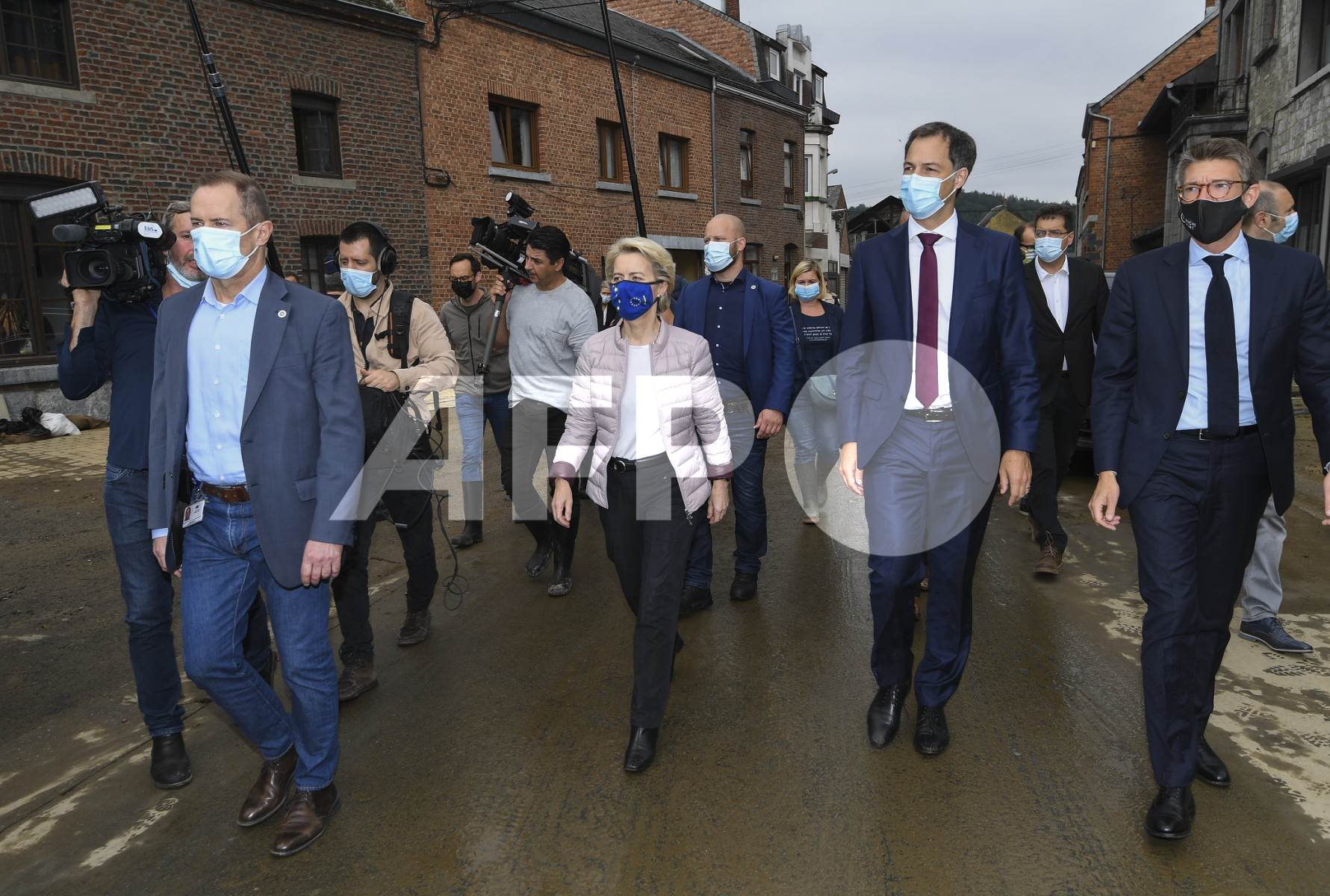 The death toll from flooding in eastern Belgium hit 24 on Saturday, as police went door-to-door seeking news of at risk residents and the prime minister toured devastated towns.

Belgium’s Prime Minister Alexander de Croo headed to the town of Rochefort in the basin of the river Meuse to see the aftermath of what he has branded an “unprecedented” flood.

De Croo was to be joined by European Commission president Ursula von der Leyen in the river valleys of eastern Belgium near the border with her native Germany, also badly hit.

The latest official death toll on Saturday was 24, with many people still missing. Police in Angleur, in the city of Liege, said they had found at least one more body overnight.

Flood waters descended on densely inhabited valleys in the region around the Meuse river on Thursday, after days of intense rain.

By Saturday, the skies were clearing and the downpour had abated, but the retreating waters left scenes of devastation across 120 local government areas.

Police were going door to door, checking on residents, and De Croo has declared Tuesday — the eve of Belgium’s national day — a day of official mourning.