Surge of migrants attempted US border crossing in June: police 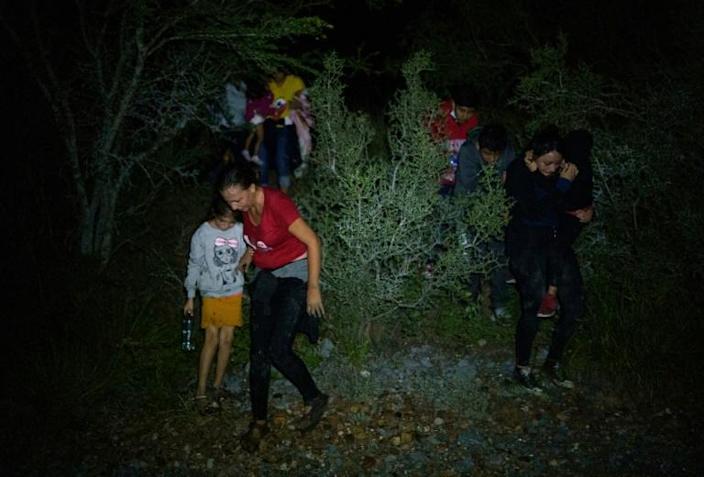 The number of migrants caught by US authorities illegally crossing the Mexico border surged by 4.5 percent in June, despite predictions of a falloff in hot summer weeks, border police announced Friday.

US Customs and Border Protection said nearly 189,000 people were picked up crossing the border in June without official travel documents, up from 180,641 in May and just over 33,000 a year ago. The number of children crossing without parents or guardians, who the US government promises to resettle in the US rather than push back into Mexico, jumped by eight percent from May, totaling 15,253 — or more than 500 minors a day. Those trying to enter as families with small children, some of whom are permitted to stay, jumped by nearly a quarter to 55,805. CBP data tracks the number of migrants detained at the border and therefore does not include those who evaded detection. But experts say higher volumes of crossing attempts also suggest more migrants snuck by authorities.

About one-third of those caught were from Mexico, followed by three Central American countries: the so-called Northern Triangle of Honduras, Guatemala and El Salvador. Most South American migrants came from Ecuador and Venezuela. CBP stressed that while the numbers are high, around one-third of those picked up in June were caught crossing the border at least once before in the last year. The southern border has drawn record numbers of migrants throughout the pandemic. Promising a gentler approach to migrants than his predecessor Donald Trump, President Joe Biden’s administration attracted people fleeing violence, poverty and corruption in Mexico and Central America.

In April, the number of detentions of undocumented migrants, including unaccompanied minors, hit a 15-year high and continues to climb. Administration officials led by Vice President Kamala Harris have sought to expand cooperation with governments of the migrants’ origin countries in hopes of stemming the flood, but so far have had little impact. Acting CBP Commissioner Troy Miller warned of perilous conditions along the border that have led to dozens of deaths this year. “We are in the hottest part of the summer, and we are seeing a high number of distress calls to CBP from migrants abandoned in treacherous terrain by smugglers with no regard for human life,” Miller said in a statement.