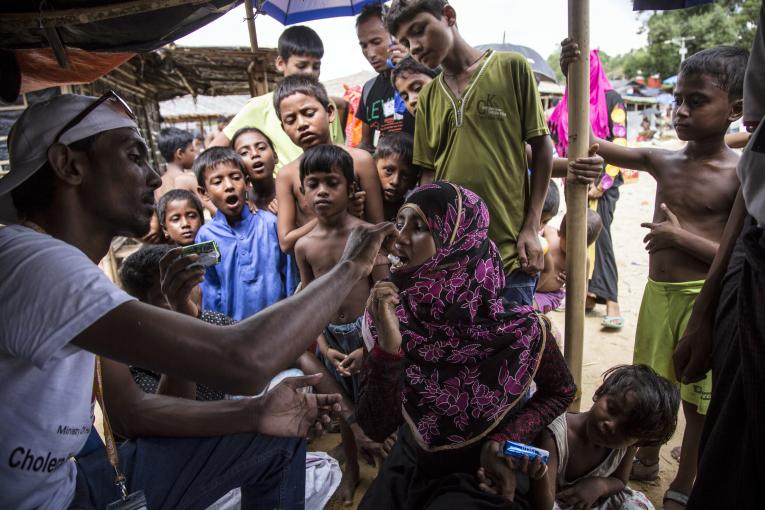 Bangladesh is to start giving coronavirus vaccinations to some of the 850,000 Rohingya refugees who fled across the border from Myanmar, officials said Thursday.

With infections rising across the country, refugee commissioner Shah Rezwan Hayat said about 48,000 Rohingya aged over 55 would start receiving jabs from next month with help from the World Health Organization. “We are targeting 55-year-olds due to vaccine shortages,” Hayat told AFP. “Hopefully, we will be able to give everyone the vaccine in phases if there is no shortage,” he said. The South Asian nation has seen a massive surge of coronavirus cases in recent weeks. Bangladesh has now recorded more than one million infections and over 17,000 deaths. Experts say the true toll is four to five times higher.

There has also been an alarming virus spike in the Rohingya camps on the Myanmar border. Most of the refugees fled across the frontier in 2017 to escape a Myanmar military clampdown that the United Nations has said could be genocide. At least five camps are in lockdown with the movement of aid workers and other visitors severely restricted. More than 2,100 Rohingyas have tested positive for the virus and at least 24 have died from Covid-19. Rohingya refugees welcomed the vaccinations but said they should cover more people. “The camps are densely populated. So everyone is at risk of being infected,” said Mohammad Rafiq, a refugee at Lambasia camp.