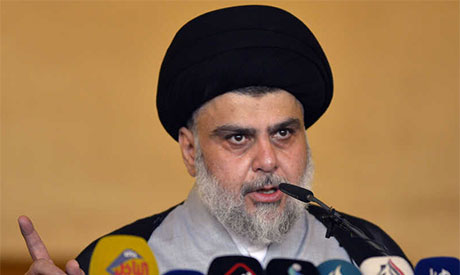 Iraq’s populist Shiite Muslim cleric Moqtada Sadr said Thursday he won’t participate in a parliamentary election slated for October and will withdraw his support for any party.

The boycott by the enigmatic religious and political figure is a blow to election plans by Prime Minister Mustafa al-Kadhemi, who had called the early vote in response to demands by pro-democracy activists. Sadr, whose political manoeuvres have at times puzzled observers, declared he would stay clear of the vote for parliament, where his Saeroon bloc is now the largest with 54 out of 329 seats. “I will not partake in these elections because the nation is more important than this,” Sadr declared in a five-minute address on his private religious TV channel. “I am withdrawing my support from anyone who claims they belong to us in this current and upcoming government.” Sadr — a firebrand with millions of followers and in command of paramilitary groups — is a crucial player in Iraqi politics who has often protested against the influence of both the United States and Iran. He also charged in his brief comments that in Iraqi politics “everyone is tainted with corruption and nobody is above being held accountable”.

On Wednesday, he had warned the Kadhemi government that he would hold it responsible if it fails to take action over a devastating fire that killed at least 60 people in a Covid isolation unit late Monday. The devastating blaze, which swept through the Covid isolation unit of Al-Hussein Hospital in the southern city of Nasiriyah, was the second such fire in Iraq in three months. The early elections were a key demand by a nationwide protest movement launched in October 2019. The youth-led movement, at times backed by Sadr’s supporters, railed against Iraq’s entire political class, which it deemed inept and corrupt. The parliamentary vote is set to be held under a new electoral law that reduces the size of constituencies and eliminates list-based voting in favour of votes for individual candidates.

Sadr, the son of a revered religious figure, wears a black turban that signals descent from the family of the Prophet Mohammed. Militias loyal to him fought the US-led occupation and he retains a devoted following among the country’s majority Shiite population, including in the poor Baghdad district of Sadr City. Sadr’s supporters have been expected to make major gains under the new voting system. Last year, Sadr said he wanted the next prime minister to be a member of his movement for the first time.