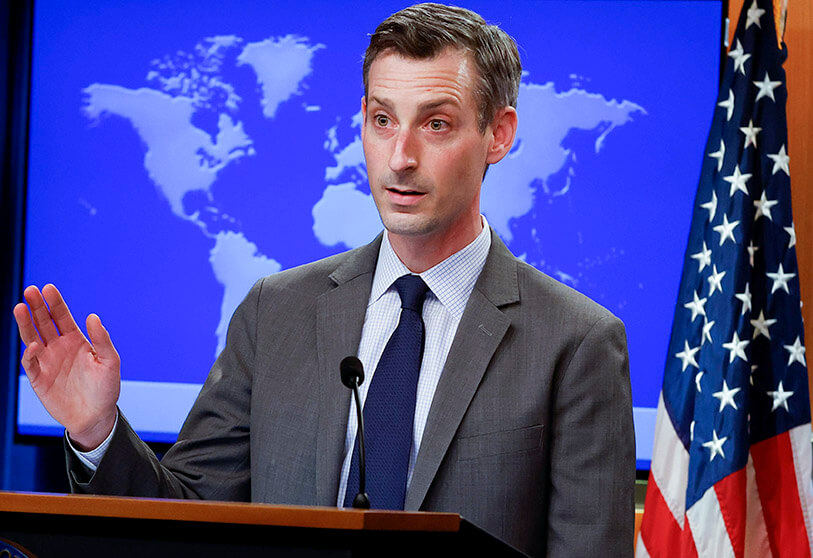 WASHINGTON: The United States (US) has lauded Pakistan’s efforts for bringing peace and stability in the region of Afghanistan.

US State Department spokesperson Ned Price in a press briefing on Wednesday stated that it is Pakistan which brought the Afghan Taliban to the negotiating table.

“We do appreciate Pakistan’s efforts to advance the peace process and stability in South Asia, including by encouraging, as Pakistan has done, the Taliban to engage in substantive negotiations,” Ned Price said.

Price said the United States and Pakistan both want a secure Afghanistan for peace and stability in the region and therefore, have common grounds to work on.

He said that Washington has been working with Islamabad for many years for common interests and added that the United States and Pakistan have a shared and enduring interest in combating terrorism.

He said that it is time for the international community to show support for the people of Afghanistan, to be constructively engaged in the diplomatic process.

On Tuesday, former US president George W. Bush had criticised the withdrawal of NATO troops from Afghanistan and had said civilians were being left to be “slaughtered” by the Taliban.

“I’m afraid Afghan women and girls are going to suffer unspeakable harm… They are going to be left behind to be slaughtered by these very brutal people and it breaks my heart,” Bush had told German broadcaster Deutsche Welle.

Asked whether he thought the withdrawal was a mistake, Bush replied: “Yes, I think it is.”