Is Pakistan committed to bringing all its girls to schools? 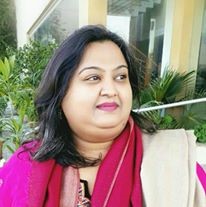 Despite encouraging improvements observed during the last ten years or so, Pakistan remains one of the worst performing countries in terms of its education indicators. Girls, across all regions and educational levels remain the worst affected. Nationwide, the net enrolment rate for girls is 53% at the primary level, 21% at middle and only 14% at the high school level. Socio-cultural barriers coupled with gaps such as an acute lack of girls’ schools hamper their chances to access and sustain formal education.

With a female literacy rate of only 45 per cent, the limited exposure of Pakistani women to education is not a stand-alone concern. It not merely makes upward social and economic mobility virtually impossible for such girls as individuals but also severely curtails Pakistan’s economic ambition. As pointed-out in a recent white paper, “Public Investment in Education: COVID-19 & Other Emergencies in the Past,” such a large unskilled population has a significant fall-out on the country’s ability to develop at a faster pace during relatively “good times” and make Pakistan’s economy highly vulnerable to economic shocks during times of emergency. According to a recent report, “Bringing all the girls to school: A case for more investment,” an estimated Rs. 6.5 trillion must be pumped into Pakistan’s education sector by 2030 to ensure education for every Pakistani girl-child. However, according to the same report at the current pace of investment and progress against it, it will take Pakistan another 42 years to overcome only its current backlog of out-of-school children!

Despite the urgency of the situation and its direct link to the country’s economic prosperity, not much has changed overtime when it comes to prioritizing investment in education. The gap between spending at least 4 percent of the GDP on education and Pakistan’s actual state of education spending has not improved much over the last 20 years. This can be illustrated from the fact that during the fiscal year 2012-2013, there was a gap of 44.4 percent between the actual spending on education and the recommended 4 percent mark. By 2018-19, this gap had only come down to 38.6 percent. Another concern is the huge gap between the funds earmarked within the education budget for development and non-development expenditures. During the current fiscal year, the federal area has the most rationalized division of funds between development and non-development education expenses but even then, 66 percent of the federal education budget is servicing non-development expenses. This percentage stands at 90 percent for Sindh and 88 percent for both Punjab and Khyber Pakhtunkhwa.

At the same time, except Khyber Pakhtunkhwa, education budgets across the country remain gender blind. There is no viable way to ascertain how an education development initiative benefits girls and to what extent. Even in the case of Khyber Pakhtunkhwa, evaluation of the effectiveness and efficiency of the allocated funds through a gender lens remains a huge question mark. It is also important to ensure that unspent development funds are not allowed to lapse and should carry forward into the next fiscal year for the effective completion of education development initiatives. For Pakistan to achieve its education indicators and for the country to truly prosper, there is a need for an inclusive, transparent and open policy process supplemented by credible data. It is only such transparency that will empower our girls to welcome a future where they are equal stakeholders in the country’s decision-making processes and can contribute more actively for a better, more developed Pakistan.

The author is the Executive Director of the Pakistan Coalition for Education (PCE) and a Malala Fund Education Champion.