China to import 300 tons of chilli from Pakistan in August: Wu Guang 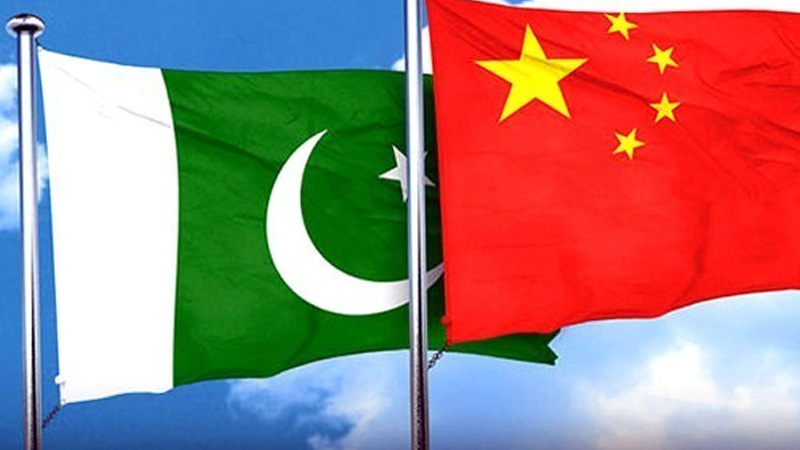 In July, a pilot chilli farm project under the cooperation between Pakistani farmers and their Chinese partners – CMEC and Sichuan Litong Food Group – began to bear fruit, with a yield around three times Pakistani varieties.

Chen Changwei, Chairman of Sichuan Litong Food Group, China, noted that their pilot chilli farm project successfully completed 100 acres of plantation in the first half of 2021 in Lahore.

For the 100-acre-pilot-project, the quantities of seeds are 380 grams per acre, with a yield reaching 3 tons per acre. The total production is expected to reach 300 tons.

As per Chen, they have brought a total of 13 varieties of Chinese chillies to Pakistan since 2019.

It took them three years to conduct the pilot program, and of all these 13 varieties, two varieties, namely, PJH-302 and PJH-407, have been certified for cultivation in Pakistan.

“We’re going to arrange a team of three agricultural experts on each chilli field of around 0.165 acres,” Wu Guang told China Economic Net.

The agricultural experts will train Pakistani staff in planting technology.

Advanced Chinese irrigation systems have also been introduced into the field. Umer Diyal, a farmer who worked in the pilot chilli farm in Qasbi, Lahore, said the Chinese introduced an irrigation system, and the expense of fertilizer has been reduced and every plant was getting water.

“Watering of plants is not complex and expensive anymore,” he added.

Also, contract farming helps a lot when it comes to addressing farmers’ concerns about marketing.

That is, Pakistani farmers undertake to supply agreed quantities of chilli, based on the quality standards and delivery requirements of CMEC. In return, CMEC agrees to buy the chilli, at a price that is nailed down in advance.

“When the chillies are ripe, they are naturally dried and then shipped back to China for further processing,” Chen Changwei noted.

“This model generates employment in the rural economy, reduces risk for firms, and provides income for farmers,” Wu Guang said and further mentioned that in the next phase of the pilot chilli farm project, as many as 3000 acres of land would be brought under chilli cultivation.

Chinese Ambassador to Pakistan Nong Rong praised the chilli farming project, saying that the project is expected to produce more than 8,000 tons of dried chillies with a net income of more than 100,000 rupees per acre for local farmers.

Lastly, Pakistan has another advantage over China in growing chillies. Sequential cropping is feasible here as the climate, soil, and water of Pakistan are different from that of China.

Chilli is a tropical and sub-tropical plant which requires warmer weather.

Chen Changwei noted, the largest planting area of chilli in China is its northern part, which turns cold after September, so mostly chilli can only be planted for one season in China.

While in Pakistan, “We can complete two seasons of planting as long as we avoid high temperatures from mid-June to August,” said Changwei.

“Our ultimate goal is to cooperate with our Pakistani friends on 200, 000 acres of land here,” Chen Changwei said determinedly.

Based on the planting, they will further develop downstream deep processing industries and create more employment opportunities in the future.

Wu Guang and Chen Changwei further shared their three-step strategy. Chen noted that in the first phase of chilli Contract Farming Project, China-Pakistan Agricultural Cooperation Pilot Zone is to be set up in five years, forming an industrial belt from areas around Faisalabad, Multan, KPK and Lahore.

The second step is processing. A chilli processing plant will be established in Pakistan within 3 years to extract chilli pigment and chilli essence, with an industrial output value of USD 200 million.

While in the third phase, a China-Pakistan food industrial park would be established in 5 to 10 years to help Pakistan boost processed chilli exports in days to come.

Wu explained, chilli is only the beginning and they are to plant more crops like garlic in Pakistan in days to come, so as to form a complete industrial chain to deep process raw material close by.

“Many Chinese enjoy chilli sauce that is made of chilli, beans, garlic and so on, and it would be easier and economical to export deep-processed chilli products like bottled chilli sauce than raw material,” Wu said.

“As the Chinese technical researchers are involved in it we are sure the project has high prospects,” Dr Muhammad Azeem Khan, Chairman of Pakistan Agricultural Research Council (PARC) told CEN, adding that the processed chilli will be exported from Pakistan, generating revenue from foreign markets and upgrading industrial structure in Pakistan.

As China became the world’s leading chilli and pepper consuming country, there is ample room for Pak-China cooperation.

According to statistics released by the General Administration of Customs of China, China imported 49,800 tons of chilli worth USD 34.002 million in 2020. However, China did not import any chilli or chilli products from Pakistan in 2020.

For the last 5 years, China has only imported limited processed chilli products from Pakistan worth USD 4,099 in 2018-2019.

Despite its low export volume, Pakistan’s chilli has been well received in China. On Daraz, the leading online marketplace in South Asia, it takes you Rs. 398 to buy one Red Chilli Powder weighing 110g.

But when you search for Pakistani chilli on JD.com, a Chinese e-commerce giant, you could find the same Red Chilli Powder exported from Pakistan.

It costs you RMB 33.6 (Rs. 820) to buy one in China, which is twice the original price in Pakistan. “This red chilli powder is incredible! For curry cooking, authentic spices count a lot,” a Chinese netizen posted a comment on it.